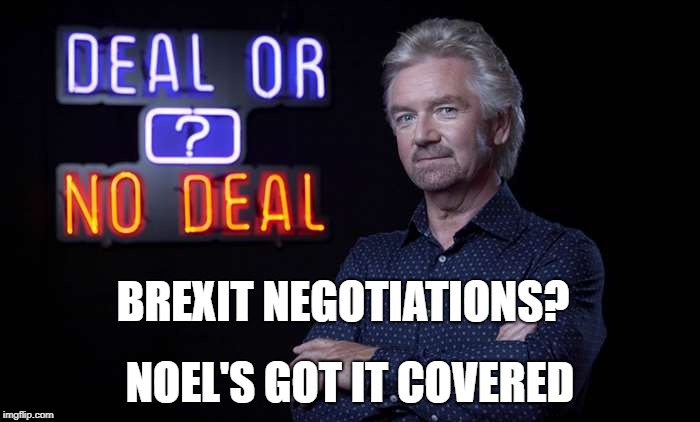 HMRC is in the process of writing to around 150,000 VAT-registered businesses across the UK regarding the immediate ramifications of a no-deal Brexit.

The letter, written by HMRC’s deputy chief exec Jim Harra, explains changes to Customs, Excise and VAT in the event that the UK leaves the EU without a deal. Harra’s letter called the no-deal eventuality ‘unlikely’ but said the “government continues to prepare for all scenarios”.

“In the event of no-deal, the government is committed to prioritising stability for businesses,”

“We will continue to work closely with industry to ensure that interventions in a no deal scenario are conducted in a way which minimises delays and additional burdens for legitimate trade, while robustly ensuring compliance.

The approach of continuity does not mean that everything will stay the same, but the priority is maximising stability at the point of departure.”

The UK will be leaving the European Union, including the Customs Union, at 11pm (UK time) on 29th March 2019. If this exit happens without a deal, there would be immediate changes to the way British businesses trade with the EU:

The UK government has thusfar avoided spelling out the potential problems a no-deal would cause, but the EU’s preparedness notices are more explicit. The EU’s notices offer a quick insight into the admin burden British businesses trading with the EU will encounter.

One notable example is VAT refunds, which are currently done via an online system for UK shippers and exporters. “We’ll be locked out of that and the businesses will return to the old pen-and-paper-style application,” explained Jason Hunter, a former international trade negotiator. “Additionally, a lot of these customs duties need to paid up front, which could severely impact on a business’s cashflow.”

According to Hunter, there are numerous ways British businesses will encounter difficulty after Brexit, and HMRC’s letter (and government communications generally) have skirted around these realities. Not enough is being done to educate businesses about the full reality of a no-deal scenario.

The suddenness of the exit is also not being emphasised, he said. “At 11:01 PM on 29 March, if you have goods in transit and you don’t have the paperwork prepared; it’ll get stopped as soon as it hits an EU border.”

A solution might be to use local suppliers for raw materials or goods and thus avoiding the EU market (and thereby, the admin headache). But that’s not as simple as it seems, either. “The problem we’ve got in the UK is geology and geography. We’re a small island on the North-East edge of the Atlantic Ocean,” said Hunter.

“We don’t have a large landmass like Poland or Germany or the USA. We don’t have the raw materials to build stuff. So if you change to a UK supplier, more than likely they’ll be getting their raw materials from abroad, too. Back in the old days, we used the British Army as our trade negotiators. Nowadays, we cooperate with our neighbours to acquire the resources we need, to build our economy and make products. And we’re turning that upside down.”

Having read HMRC’s letter, my opinion is that it largely skirts around the difficult issues we could face in less than six months’ time and there’s a definite lack of ‘meat on the bone’. The government is playing a dangerous game of brinkmanship with EU chief negotiator Michel Barnier, with each side assuming the other will blink first. Unfortunately, if both sides take it too far and we crash out on 29th March without a deal, April 1st really will be April Fool’s Day.