Sue the Taxman? Yes you can! 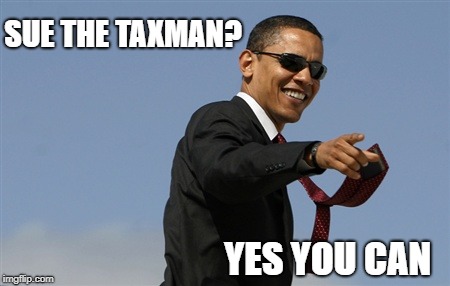 The Court of Appeal has found that HM Revenue and Customs do owe a duty of care to a taxpayer if it makes mistakes and as a consequence, the taxpayer can sue HMRC for damages.

Neil Martin, a builder, suffered severe business disruption and consequential losses as a result of a stream of errors made by HMRC when it processed his company Construction Industry Scheme application in 1999.

Notwithstanding the errors, there were also lengthy delays in processing his application following new rules being introduced by HMRC. To make matters even worse, his company application was muddled with a Sole Trader’s application for a registration certificate and if that wasn’t bad enough, HMRC sent out his paperwork to the wrong address, not once, but multiple times.

Mr Martin made a claim for compensation under HMRC’s own Code Of Practice (COP) but this was rejected. He then made a further appeal to the Revenue Adjudicator, but this was also unsuccessful.

Finally in 2000, he appealed to the Parliamentary Ombudsman whose investigation led to what was described in court as “a striking and important letter” from the Deputy Chairman of the Inland Revenue. This confirmed that the errors and delays fell into the classification “persistent errors” under their own Code Of Practice.

So Mr Martin returned to court, this time the Court of Appeal, and claimed damages from HMRC based on either of a statutory duty under the CIS legislation or under a common law duty of care owed to the taxpayer.

The Court did not feel that the errors fell under the CIS rules on ‘statutory duty’, but did find that HMRC had clearly breached the common law duty of care owed to the taxpayer, with all  three judges unanimous in their decision.

What makes the complaint so unique is that one HMRC employee took it upon himself to complete the declaration for a sub-contractors registration card, instead of a company exemption. Lord Justice Chadwick, presiding at the Court of Appeal put it that he was “not processing an application which had been made: he was assuming an authority to make an application which had not been made.”

As a result, the judge could see no reason why, in assuming that authority, the employee should not be taken to have assumed a responsibility to the applicant. In those circumstances it seemed to be fair, just and reasonable that the common law should recognise that a duty of care exists. The decision to find HMRC liable was unanimous. 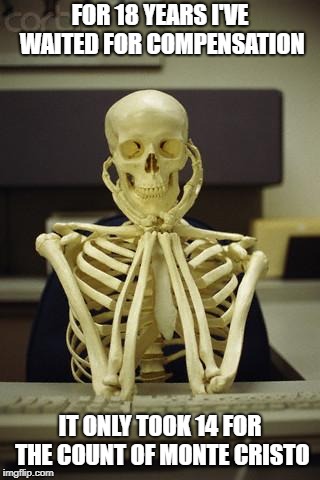 This case has enormous ramifications, as HMRC staff regularly assist taxpayers in making various returns, applications and claims. HMRC have a statutory duty to help and advise taxpayers, which they will of course be very nervous about doing in future.

I am of the opinion that they should see this decision for what it is and get their own inefficient house in order, or suffer the inevitable consequences.

However, this victory for the taxpayer may well be short-lived, as HMRC are currently considering whether or not to seek leave to make an appeal to the House of Lords and If and when there are any developments, I will of course publish them in a future Blog.

The unfortunate Mr Martin is still waiting to receive his compensation, which I sincerely hope he gets very soon, especially as he’s now waited 18 years!

Coronavirus Questions Answered by Shrewsbury Accountant
Are HMRC raising taxes by stealth?
£27bn Bounce Back loan fraud is just the tip of the iceberg