Advantis: My mysterious debt to HMRC 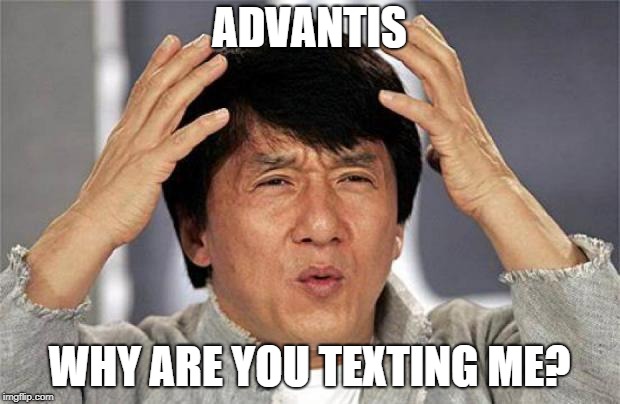 Have letters to me from HMRC disappeared down a black hole at the sorting office?

I had a text message last week from a company called Advantis; the message read,

“This is an urgent message from Advantis. We have an extremely urgent personal business matter to discuss with you. Please call us immediately quoting ref………

I couldn’t recall ever hearing of a business called Advantis so I googled the name and found that they are a large Debt Collection Agency based in Stoke-on-Trent, specialising in debt collection and the purchase of debts. I also found that the mobile number used was one of theirs.

I thought about their message and found it a little odd; I am not aware of being in a late payment situation and I’m sure that I haven’t been fined. I’m not in receipt of any bills that are outstanding or even any letters that a debt or invoice has not been paid in full.

I have most certainly never received any letters threatening “Pay Up!” or the debt it will be passed to a debt collecting agency! So why the text message?

My googling activities had also revealed that Advantis do the bulk of their debt enforcement work on behalf of HMRC, and I began wondering is this just coincidence? So I did a little investigating and found the reference quoted was very similar to a letter to one of my clients, who did owe money to HMRC.

So much later that day, I was sat at home sipping a cold beer (it’s important not to dehydrate!) and began thinking about the strange text message and why it had been sent to me.

After an hour or two of increasingly bizarre nagging thoughts, I checked my mobile phone to double check that I wasn’t hallucinating (I wasn’t) and came to the conclusion that it was time to stop thinking and drastic action was needed.

So I poured myself two fingers of my favourite malt whisky, watched an Eric Clapton concert on the TV and went to bed and slept soundly for 7 hours.

It turned out that I do not owe any tax, but Advantis refuse to tell me what the alleged debt was for, other than it had been withdrawn (on the instructions of HMRC presumably). Nor would they tell me how they obtained my mobile number.

HMRC’s response was that they do not give out personal information to third parties, which is complete codswallop, as why else were Advantis contacting me?

So if any of you conspiracy theorists out there have any thoughts on the matter, please let me know and the best theories will be published in a later Blog.

Sue the Taxman? Yes you can!
Personal Bankruptcies & Company Insolvencies Set to Surge
Exemptions from Making Tax Digital for VAT