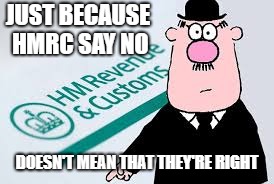 HMRC have got Input Tax wrong on a number of occasions

This week in my final Blog on input tax, I will look at how partly exempt businesses and not-for-profit entities must look at the ‘use’ of an expense and whether there is a ‘direct and immediate’ link to taxable supplies.

Input tax can only be claimed on an expense if it relates to ‘taxable supplies’, which are sales made by a business that are subject to VAT at 0%, 5% or 20%. In the case of international services that are outside the scope of VAT, under the place of supply rules, a business can still claim input tax on related costs if the service would be Vatable if supplied to a UK customer.
So how do you work out how much input tax can be claimed if a business has exempt income, non-business activities or private use? Whilst this can be complicated I’ll give you four recent cases, which should help in explaining the issues involved:

This was an interesting VAT case about the construction of an impressive fountain outside a new property development in Folkestone. The developer claimed input tax of £89,193 on the cost of building the fountain because it gave a good impression to potential buyers about the quality of the development.
HMRC disallowed the claim on the basis that the fountain was too far away from the site and therefore had no ‘direct and immediate link’ to taxable supplies. The court disagreed with HMRC and the taxpayer won the appeal.

The taxpayer claimed that VAT paid on the costs of repairing a historic bridge could be partly claimed because it was an important route to the cathedral. HMRC disagreed and said that the bridge had no ‘direct and immediate link’ to taxable supplies made in the cathedral, namely book sales and a coffee/gift shop.
The court found for the taxpayer saying: “Overheads are ipso facto components of the price of services, and that, contrary to the view of the UK in other cases, no enquiry into the way a person establishes the price for its goods and services is necessary.”

In this case the issue was whether the cost of converting an old ramshackle café into a restaurant was partly linked to the exempt playing subscriptions to join this highly prestigious club, or only to taxable sales of food and drink. HMRC ruled that the partial-exemption rules applied and disallowed a large chunk of input tax.
The tribunal agreed with the taxpayer that potential and existing playing members did not join the club to use the bars and restaurants. They were only attracted to the playing facilities at a world-class tennis club. So none of the exempt playing fees could be linked to the bar and catering activities and input tax could be fully claimed.

The issue in Limavady was whether a path constructed in a town centre park and paid for by the council (which ran a café in the park) could be claimed for input tax purposes because it benefitted the café by increasing its takings.
HMRC rejected the input tax claim, stating that building the path was a non-business activity as defined in Public Notice 749. However the Upper Tribunal allowed the appeal as they were satisfied that there was an, ‘obvious direct and immediate link between the new path and the café which was clearly a taxable economic activity’.

To sum up Imput Tax

The challenge for accountants and taxpayers alike in the ongoing battle with intransigent tax authorities, is to prove that there is no use or link between an expense and any exempt or non-business activities. This is clearly illustrated by looking at the purpose of the expense, for example the motivation behind Limavady Council’s decision to build the footpath to their café.

Alternatively, one may look at the taxpayers’ behaviour, for example in the Queens Club case club membership applications actually increased during the period when the members’ café was closed for conversion into a restaurant.
So it worth remembering, as the above four cases demonstrate, just because HMRC says no, they sometimes clearly get it wrong!