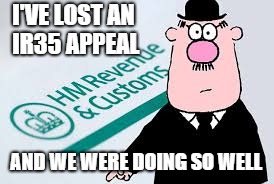 Hot on the heels of last month’s victory for HMRC over BBC presenter Christa Ackroyd (see my Blog on 22nd February), this latest first tier tribunal (FTT) decision is a welcome win for the little guy, especially so as most of the recent IR35 cases have gone the way of HMRC.

However, the case has divided opinion in the tax world, with some sector experts casting the verdict as a significant blow against HMRC, while others sounded a note of caution about its relevance to a string of similar cases coming down the road.

In this tribunal case , construction contractor Mark Daniels won his appeal concerning a contract covering tax years 2012/13 to 2013/14 between MDMC Ltd (Daniels’ personal service company) and recruitment agency Solutions, which provided his services to Structure Tone Limited (STL). HMRC determined in 2016 that the contract to provide services on large construction projects should have been caught by IR35, and the service company should have paid PAYE and NIC.

However, Daniels successfully appealed this determination, with the FTT finding the engagement was correctly categorised as self-employment, and Daniels should not be treated as an employee. The judge summarised the factors which pointed to self-employment as opposed to employment:- 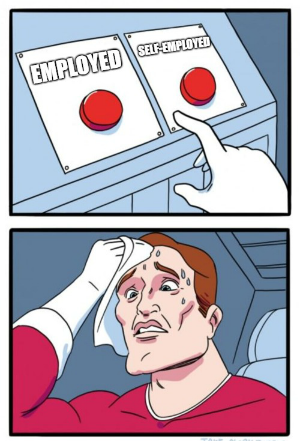 One of the key factors in the decision centred on the fact that Daniels was not entitled to a notice period, holiday pay or any employment benefits under his hypothetical contract, and therefore would not have been an employee if he had been engaged directly. According to RSM tax consultant Andrew Hubbard, another of the main bones of contention around the case was control.

HMRC argued that the end user (STL) controlled Daniels by specifying the shift patterns he had to work and giving him instructions for the work which needed to be done. However, the FTT concluded that in a large project there was a clear structure to the work which had to be done and that an individual working within that structure was not being controlled by the end user.

In evaluating the overall situation, the FTT decided that Daniels was not treated as an employee and IR35 did not apply. The case shows that one factor should not override all other factors, and the relationship as a whole must be considered.

Dave Chaplin, CEO of ContractorCalculator, labelled the verdict a “hammer blow” to HMRC’s IR35 case ambitions. “This judgment suggests that a contractor who is not controlled, is paid a daily rate, has no notice period or benefits, and is not part and parcel, should not be caught by IR35,” said Chaplin.

IR35 expert David Kirk also weighed in, “The tribunal found that there was mutuality of obligation, which has raised eyebrows but is unsurprising….the judge looked at the kind of rights that come from employment (pension contributions, sick pay, holiday pay etc.), saying that one needs to look at what Mr Daniels would have got, were he an employee of STL. HMRC’s rather lazy argument was that he got these rights by virtue of being an employee of his own company and they were wrong.“

Andrew Chamberlain, director of policy and public affairs at self-employed association IPSE, suggests that the result also has implications for the Check Employment Status for Tax tool (CEST), which was criticised in oral evidence before MPs at the Culture select committee inquiry into BBC pay last week.

Chamberlain commented that the tool “cannot be relied upon to make correct determinations, which is why many organisations feel forced to take a blanket approach – pushing all off-payroll engagements into IR35 unfairly.”

IPSE ran the case through HMRC’s CEST tool and found that it was unable to determine the status of the worker. They then did the same with the other twenty odd cases in the IR35 pipeline and found that in pretty much half of them, the CEST tool could not give an answer.

In my opinion, the CEST tool is no longer fit for purpose and as we have seen with the BBC fiasco, it facilitates widespread misclassification of workers and should be withdrawn.

(Go to   https://www.gov.uk/guidance/check-employment-status-for-tax to try the CEST tool yourself)