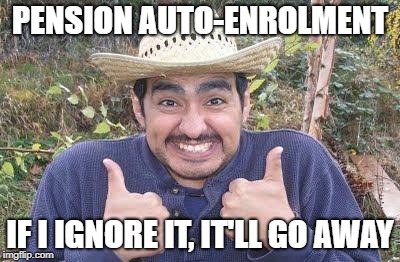 All employers now have to enrol their staff into a pension scheme and The Pensions Regulator has recommended allowing plenty of time to ensure that increasing contributions are in line with the legal minimums. Unfortunately however, many employers have not heeded this advice.

Originally, the increases were planned to come into effect in October 2017 and October 2018. To simplify the administration of automatic enrolment, the Government announced at the Autumn Statement in 2015 that the two rises to the minimum contribution levels would be deferred to the following April, to coincide with the tax year. The Employers Duties Regulations 2016 came into force on 1st October 2016 to put this change into effect.

And of course, both employers and employees have the choice whether or not to contribute rates that are above the minimum levels.

The Pensions Regulator’s advice stresses that employers need to prepare for the increases in plenty of time, including communicating with affected staff. Employers should have liaised with their pension scheme providers at an early stage – the provider would have been able to confirm whether increases are necessary (contributions might already exceed the new minimum) and have agreed what the balance of employee and employer contributions will be (employers may choose to cover any increase in staff contribution rates themselves).

Employers should identify affected staff and communicate with them. The Pensions Regulator (PTR) provides guidance on increasing contribution rates (phasing) for employers on its website. This includes a template letter to employees that employers can download and adapt for their own use. 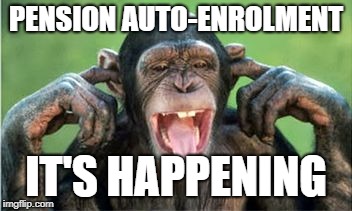 But remember, the first increase must have been implemented with effect from 6th April 2018 even if this is in the middle of a pay period, however increases can be implemented sooner than the statutory increase date.

As you would expect, more detailed information on all aspects of increases in minimum contributions for automatic enrolment pensions aimed at pension, payroll and software developers is also available from TPR.

When the earnings trigger was first introduced, the income tax threshold was also £10,000 so that individuals who do not pay tax would not be enrolled automatically into a pension scheme. From April 2015, the tax threshold rose above the earnings trigger, which did not change, so that now there is a growing number of individuals who do not pay income tax but who are being enrolled into pension schemes.

For schemes that operate tax relief on a relief at source basis, the pension provider will claim the tax relief, including that due to non-taxpayers. Where schemes operate the net pay arrangement, the tax relief is given through the payroll by reducing taxable pay. However, employees whose earnings are below the tax threshold, but above the earnings trigger, do not have any taxable pay and therefore miss out on the tax relief.

This anomaly will of course be a factor for businesses considering which auto-enrolment pension scheme to offer to their workforce; particularly as minimum contributions have now increased. The Regulator suggests that employers with workers who not pay tax should opt for a pension scheme that operates relief at source.

For many employers the increase to these rates will have had little or no affect as they are already contributing in excess of the legal minimums. However, this isn’t straight forward as implementing other rate increases might be, such as the minimum wage rates, and all factors need to have been considered.