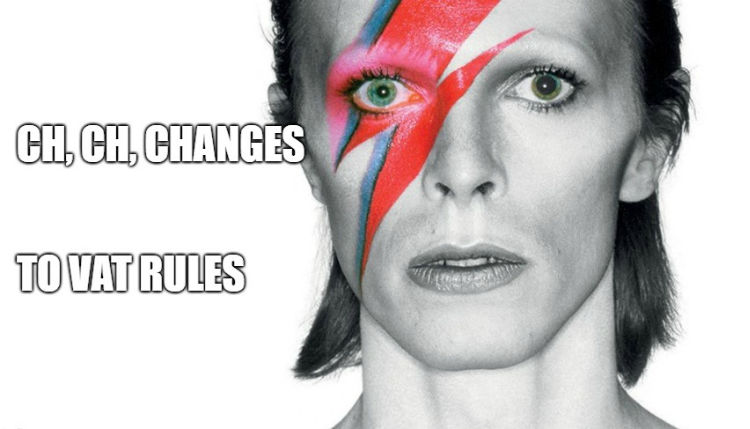 Well here we go again! Just a few months after the Office of Tax Simplification (OTS) published its review of the VAT system, the Treasury Committee is putting their four penny-worth in with thier proposed VAT changes.

The Treasury Committee are getting involved because of the failure of HMRC to “collect around £12.6bn in VAT in 2015/16,” according to Committee chair Nicky Morgan. She also commented that, post-Brexit, there would be the option to “change” or even “abolish” the VAT system completely.

Let’s be honest: there is as much chance of VAT being abolished as there is of me walking on the moon, it’s unrealistic to even think of such a scenario as it’s such a huge tax earner for any government.

You have to consider what aspects of the VAT system cause the biggest headaches for businesses? Partial exemption has always been a nightmare for many businesses; this rule applies when a business has both exempt and taxable income and needs to apportion input tax; for example a funeral business.

Another problematic area is in retail sales, when a business has some zero-rated and standard rated supplies. For example, a catering business selling hot and cold take-away food or a builder who has to know when the lower rates of 0% and 5% apply to his services, as well as the normal 20%.

One of the OTS’s more radical measures was to suggest that we abolish all exempt, reduced rated and zero-rated supplies and bring the standard rate down to 10%. In other words, charge a low level of some VAT on everything! Similar to what the Australians are currently doing with their version of VAT, GST.

This radical suggestion is one I support 100%, especially as I suggested such a measure at my initial interview to join HMRC over 40 years ago. However, despite ticking multiple boxes; it’s easy to understand, easy to calculate, easy to collect, cheap to collect, equitable in the eyes of the great British public and takes away the main incentives for VAT fraud; I suspect it won’t happen.

The reason for my cynicism is politicians and their vested interests, need I say more?

The Treasury Committee commented that of the approximate £12.6bn of VAT that HMRC failed to collect in 2015/16, nearly 30% of it was due to mistakes on VAT returns. The report is unfortunately somewhat lacking in detail, especially as to whether or not the mistakes were deliberate or careless mistakes, or caused by a lack of knowledge about some of the finer points of VAT?

If mistakes are being made, why does HMRC assume these errors to be under rather than overpayments? My experience is that when I review a client’s VAT at the end of their accounting year, I am just as likely to find overpayments as underpayments.

HMRC seem to think that the introduction of Making Tax Digital (MTD) for VAT in one year’s time will be the answer to all of their problems, but this view is as optimistic as Crystal Palace fans thinking that their team will win the Premiership title every year for the next ten years.

In the early years of VAT, HMRC officers were given an educational role within their jobs and visited businesses within the first year after VAT registration, so that future VAT returns submitted by ‘customers’ would be more accurate and it worked very well. So why not bring it back?

The problem with the last suggestion is one of staffing, which the OTS suggests should be increased by around 1,000 VAT officers. This would allow not only educational visits, but also more VAT fraud investigations.

Other suggestions include setting reasonable targets for answering telephone calls from business owners with VAT queries, with the consensus being 1 to 2 minutes and also that HMRC officers be encouraged to give full and complete written replies to emails or letters (no ducking out of the question by telling the taxpayer to go and read the relevant VAT notice). This would give the business owner some legal certainty that he/she can adopt the recommended advice without fear of comeback in the future.

In reality, I suspect that none of the proposals will see the light of day or if they do, it will be in a somewhat emasculated form. There would be an outcry if 10% VAT was added to food and new houses and we all remember the fiasco of the pasty budget back in 2012. Also HMRC may well find it very difficult to justify spending on additional enquiry officers, despite the tax saving arguments.

To sum up, whilst the suggestions by the Office of Tax Simplification, backed up by the Treasury Committee’s review, might be full of strong words and sensible ideas, I suspect that in twenty years’ time, the current VAT system will largely be unchanged.

UK Tax Questions Answered by Shrewsbury Accountant No.17
I’ve made a mistake with my tax, what do I do?
HMRC suffers major Upper Tier defeat after procedural failure