Ken Dodd has the last laugh over HMRC 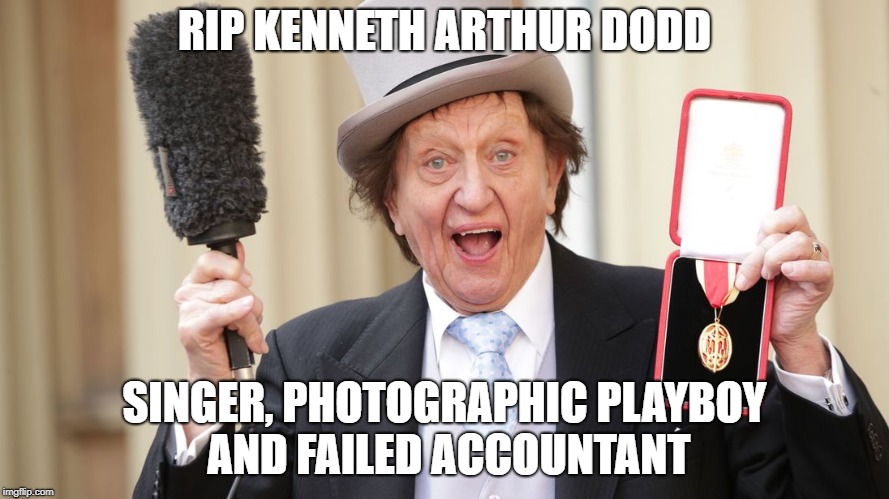 This week saw the passing of comic legend Ken Dodd, and while friends, family and fans alike mourn his loss; one of Dodd’s final actions was clearly a last flourish of his tickling stick at HMRC and his ultimate two figure salute to them after an ongoing battle with them lasting 30 years.

The final chapter only began 48 hours before his death when the comedian married long-term partner Anne Jones, with whom he had shared his Liverpool home for the past 40 years.

While the couple were reportedly clearly delighted to have finally tied the knot, the marriage was also an excellent tax avoidance move and resulted in a provisional Inheritance Tax bill of £2.6m being turn up

With the King of the Diddymen being worth an estimated £7.2m, without the marriage the estate would have been liable for a 40% rate of IHT, whereas assets can be passed between married couples free of Inheritance Tax on death. The nil-rate band for Inheritance Tax is currently £325,000, while homeowners have a residence nil-rate band at £100,000 if the home is left to a direct descendant.

This case highlights the current gap between the ways that a “common-law partner” and a legally joined spouse or civil partner is treated when it comes to Inheritance Tax. The surviving spouse may inherit the entire estate tax-free (if they are UK domiciled), and they can also inherit any unused portion of the nil rate band and the residence nil rate band. Thus the survivor, on his or her death, will have a nil rate band of £650,000 plus a residence nil rate band of £200,000, which will increase to £250,000 on 6 April 2018.

Death, of course, is a significant tax planning event, as the new owner(s) of the estate gain a tax-free uplift in the base cost of the assets for Capital Gains Tax purposes, as they acquire the assets at their market value at the date of death.

Doddy is of course no stranger to the Revenue, having faced down a high-profile tax evasion case in 1989 presided over by Justice Brian Leveson, now perhaps better known for chairing the public inquiry into the ethics of the British press. 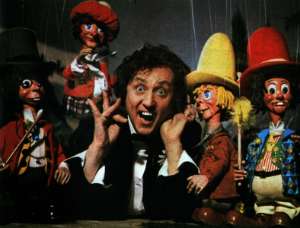 Nobody knows how much Ken left the Diddymen

The self-styled Squire of Knotty Ash, Merseyside, faced 27 charges dating back many years, and Inland Revenue chiefs said the case was ‘much more serious than originally believed’. It was said in court that he owed the taxman nearly £1million. The Inland Revenue’s prosecutor accused Dodd of having undisclosed overseas assets, including bank accounts in Jersey and the Isle of Man, where he flew regularly to allegedly deposit suitcases full of undeclared cash.

During the trial, Dodd even had Judge Leveson in hysterics, when the prosecutor confronted the comedian with an apparently damning affidavit from an accountant. ‘But sir, this man is dead,’ said Dodd. ‘What matters is his evidence,’ bellowed the prosecutor. ‘Whether he’s alive or dead is entirely irrelevant.’ ‘It’s very relevant to him, sir,’ Dodd replied, leaving the judge in a fit of laughter.

Dodd was represented in court by the famous QC George Carman, who during the case delivered the memorable line: “Some accountants are comedians, but comedians are never accountants”.

As you will recall, to the astonishment of the Inland Revenue, the jury cleared Ken of all charges, which only goes to show the stupidity of the Tax Office of having the trial in Doody’s home city of Liverpool. Ken did though subsequently agree to pay some additional tax. The trial also revealed some of the comedian’s eccentricities, including the fact that he had more than £300,000 worth of banknotes in his home stashed in wardrobes, cupboards, suitcases and biscuit tins.

In the years after the case Doddy went on to make light of his experience, and in the following years usually introduced himself onstage with the line: “Good evening, my name is Kenneth Arthur Dodd, singer, photographic playboy and failed accountant.”