That goes for HMRC

This week’s Blog concerns a recent a tribunal decision which raises questions about how HMRC prepares cases to be heard at the tax tribunals and the decision may well have a wider impact on other cases.

The case was: Mohammed Ashraf v HMRC and the initial enquiry focused on Zonehead Ltd, a company owned by its director Mr. Ashraf. The initial enquiry was prompted by a discrepancy with the VAT repayment claims of Zonehead, when it was noticed that the company’s VAT claims were not matched by forms C79, a form which is issued to an importer when they pay customs duty and import VAT.

HMRC’s civil fraud team’s inspector, a Mr Shaw, headed the enquiry and due to the nature of the discrepancy, the enquiry was opened under Code of Practice 9 which is used where HMRC suspect fraud. The taxpayer agreed to co-operate but did not make any admission of guilt.

Spotlight on the director

Shaw decided to focus his effort on the taxpayer’s personal affairs and requested Ashraf’s personal bank statements. An income and expenditure schedule was produced by HMRC which indicated a shortfall of approximately £258,000. This shortfall resulted in assessments being issued, plus penalties were applied.

So far so good, you might say. A fairly standard approach by HMRC and it was certainly valid for the inspector to query the shortfall in such a manner. However, this is where it seems the investigation ended. Specifically, no “source” was found for the £258,000, which HMRC had declared to be taxable income, as it issued tax assessments on that “income” under schedule 687 of the relevant act.

In this case, the presiding judge, Lord Radcliffe stated, “Before you can assess a profit to tax you must be sure that you have properly identified its source according to the correct Schedule: but, once you have done that, it is obligatory that it should be charged, if at all, under that Schedule and strictly in accordance with the Rules that are there laid down for assessments under it.”

The judge also said, “The UK has two important principles limiting the scope of Income Tax, these are ‘Capital is not income’ and ‘Source’. For an item to be charged to Income Tax it must have an identifiable source.”

In the Ashraf case, HMRC submitted that the amount defined solely by the income/expenditure account it produced, was taxable as “miscellaneous income”.

The tribunal judge quoted Lord Radcliffe when giving his decision that, “HMRC failed to follow the Mitchell & Edon v Ross judgement and it is clear that schedule 687 does not apply, HMRC’s submission is simply wrong, therefore, all charges against the appellant are dismissed and the penalties are to be removed in full.”

HMRC’s opening of the enquiry cannot be faulted, as it is only right that when such discrepancies arise that the authorities investigate the matter. However, HMRC in its haste to ‘win’ the case had not undertaken the basic steps necessary to establish the source of the £258k and whether or not it was taxable, they just assumed that it was. 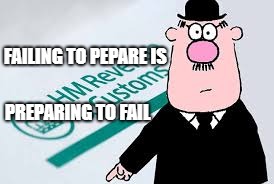 Heed Your Own Advice

To my mind, it is particularly concerning that despite no source, or potential source, being named, HMRC was still seeking to tax an amount of money which existed only within an income and expenditure list produced by them. HMRC fully agreed it hadn’t found a source of income, even when prompted to offer a suggestion by the tribunal. This is effectively the same as stating: “there is money in your bank account and despite no evidence, we are going to state that it is taxable income”. Echoes of Big Brother methinks!

This case is a timely reminder that if a person is found to have plenty of money in his or her bank account, this does not automatically mean they have committed tax fraud. Otherwise, it will only lead to a situation where, as the late great comedian Ken Dodd would surely agree, individuals will be wary of banking their wealth.

Exemptions from Making Tax Digital for VAT
Tax on Foreign Earnings: Who declares you or your accountant?
Finance Bill 2016