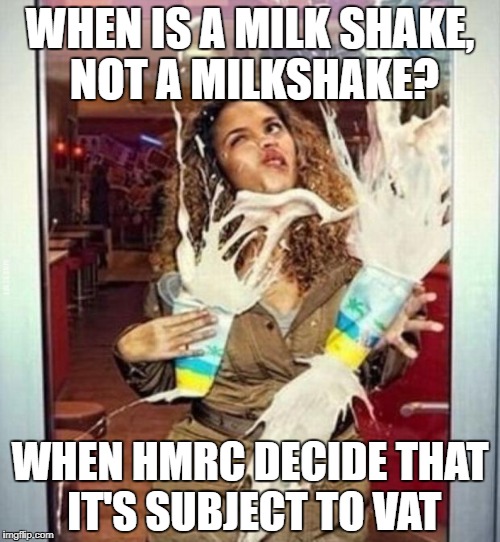 When is a milk shake, not a milkshake?

As I’ve commented before, VAT has some quirky rules and if you thought the VAT rules took the biscuit in defining Jaffa Cakes as…. well, cakes; but here is a case where the flavour of a milkshake governs whether or not 20% VAT is chargeable.

Every now and then, when I’m dealing with a VAT case, I sometimes think that there can’t be many scenarios where VAT liability hasn’t been definitively settled; then along comes a Tribunal case to prove me wrong.

This case is about the VAT treatment of Nesquik powder designed to flavour milk; and not just Nesquik in general either, but specifically the banana and the strawberry flavours and whether the strawberry and banana Nesquik products should be subject to zero-rated or standard rated VAT.

For clarity, chocolate Nesquik is zero-rated, but the banana and the strawberry flavours are standard rated. In case you think this topic is pedantry personified, there was over £4m of VAT at stake to make the argument worthwhile.

Some might say Nestlé were trying to milk the VAT system for all they could, but the arguments they used certainly had some merit. Nestlé put forward two primary arguments:

Roderick Cordara, acting for Nestlé, also argued that the purpose of the zero-rating is to encourage and facilitate the consumption of milk (especially by children). Furthermore, he suggested that parliament cannot have reasonably intended an ingredient that is to be added to a zero-rated drink, which if sold pre-prepared would be zero-rated, not to be zero-rated.

Finally, Cordara stressed the lack of consistency by the VAT authorities, given that chocolate Nesquik powder is zero-rated and the banana and strawberry flavours are standard rated; critically however, Cordara did not argue the consumer perception argument, in other word would the average man or woman perceive a difference? – I think we both know the answer to that one!

Most mere mortals such as thee and me will have sympathies with Nestlé’s arguments – but they were each rejected by the tribunal. The main grounds for rejection being that: 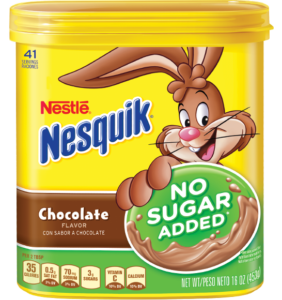 The Tribunal even went so far as suggesting a “political fury” if milk had been taxed when it has historically been such an important part of the national diet, however, this gives no indication that VAT reliefs should apply to additives that flavour milk. Overall, the Tribunal found that there is nothing in the history of VAT law or case law that indicates a legislative desire to zero rate all preparations of milk.

Illogical though the decision appears to be, the appeal was dismissed – so chocolate Nesquik remains zero rated, whilst the strawberry and banana flavours both remain standard rated. For now!

Clearly “Nesquik” as a concept is far too complicated an issue for the VAT rules to deal with as a whole.

Amazingly, fiscal neutrality, namely the right for similar supplies to be treated the same for VAT purposes, was not argued at the Upper Tribunal. Fiscal neutrality is a tough argument to win, but when allied to the consumer perception test, it’s one that has merit.

This case made me think and I realised there are a number of other illogical discrepancies surrounding VAT on foods; here are a few of them:

Whilst considering the above list, I realised that in my previous incarnation, when I worked for HMRC, I was considered an expert on VAT, which goes a long way in explaining why I jumped ship. I used to spend a worrying amount of my working life arguing about the vagaries of VAT, especially in the food and beverage world – and as the sector continues to innovate and bring more weird and wonderful products to market, more and more arguments are likely to arise. I’m happy that I’m well out of it!