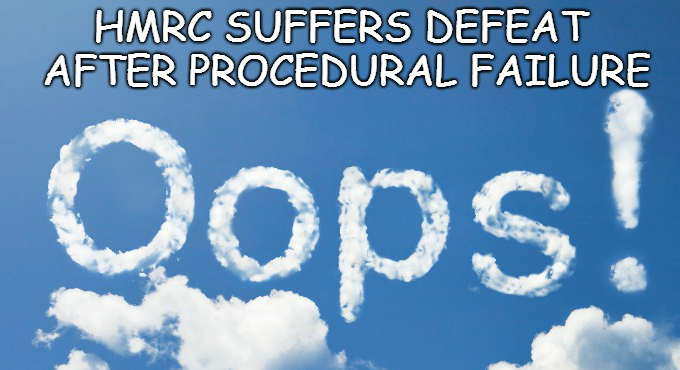 The Upper Tribunal (UT) has upheld a First Tier Tribunal decision that HMRC did not satisfy the necessary conditions for making a discovery assessment, and so the taxpayer escaped a tax bill of £475,498.

The facts in brief

In 2008, Raymond Tooth reduced his self-assessment tax bill when he invested in a tax avoidance scheme, which was subsequently invalidated by new legislation. In 2014, HMRC issued what it believed was a valid “discovery” to recover tax of £475,498.20 from him.

The Taxes and management Act of 1970, allows an HMRC officer to make an assessment if they discover that one of three circumstances applies:

The word ‘discover’ is interpreted as meaning: the officer, acting honestly and reasonably, needs to move from not believing one of those three circumstances applies, to believing that it does. This “can be for any reason, including a change of view, change of opinion, or correction of an oversight”.

Are there any limits?

HMRC can’t normally make a discovery (and raise a discovery assessment) if the taxpayer has filed a return for the tax year in question. The concept behind self-assessment is that HMRC should resolve matters using the enquiry system, and open any enquiry within the enquiry window.

(The enquiry window is normally defined as the last SA Tax Return submitted, with earlier years excluded, unless HMRC can demonstrate incomplete disclosure by the taxpayer or a loss of tax)

However, there are two situations when HMRC can step outside the usual enquiry process and make discovery assessments; with the first of these being if the shortfall of tax arose from the taxpayer’s carelessness (or that of someone acting on their behalf) or was deliberate.

The second is more complex and requires both of the following to be true: 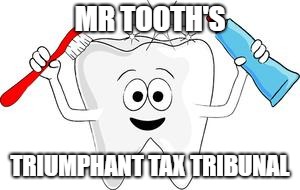 Not due to HMRC’s alliteration

The information “made available to” the officer includes the tax return and any accompanying documents, plus anything provided during the course of an enquiry; but it is limited to material provided by or on behalf of the taxpayer. In the 2004 case of Langham v Veltema, the court pointed out that the officer’s awareness should come clearly and directly from this material. The HMRC officer should not need to seek elsewhere for hints that the tax was inadequate.

HMRC published a statement of practice in 2006 setting out the sort of information which will suffice in a number of situations, including (as was the case with Tooth) a disagreement between HMRC and the taxpayer over an interpretation of the law. In fact paragraph 18 states: “comments to the effect that the taxpayer has not followed HMRC guidance on the issue or that no adjustment has been made to take account of it” will protect the taxpayer from discovery.

When must HMRC make the assessment

The HMRC officer, having made a discovery, is obliged to make the discovery assessment expeditiously. While no-one expects the assessment to be issued immediately, long delays are unacceptable.

Even if a decision is being awaited on a pending case (which will decide whether HMRC’s view of the law or the taxpayer’s is correct), there is nothing to stop HMRC from making a protective assessment and suspending collection of the tax pending that decision. Basically, if an officer believes more tax is due, he should do something about it.

How did Mr Tooth win?

Unfortunately for HMRC, and happily for Tooth, he had been neither careless nor deliberately misleading. He made a clear disclosure in the white space of his tax return stating that he had made an investment that may be contrary to HMRC’s view of the law, and expressly invited HMRC to open an enquiry into the return, as per HMRC’s 2006 statement of practice.

Worse still for HMRC, not only did the tribunal decide that the discovery assessment was out of time, it also ruled that there had not even been a valid discovery in the first place as Tooth had provided enough information on his tax return.

My own view is, that whilst I dislike artificial tax avoidance schemes there is something infinitely satisfying about HMRC tripping up when they do not follow their own rules and their own guidance!

My own view is, that whilst I dislike artificial tax avoidance schemes there is something infinitely satisfying about HMRC tripping up when they do not follow their own rules and their own guidance!

UK Tax Questions Answered by Shrewsbury Accountant No.34
What happens when you cross the VAT threshold by Accident
11 Lame excuses for being late for 31st January deadline