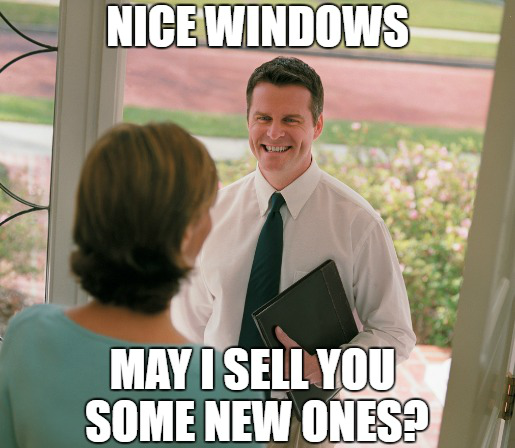 If you only earn commission are you employed or self employed?

Today’s Blog concerns a recent Tribunal case reported in Tax Insider this month, when a taxpayer challenged HMRC on his status as in directly affected the amount of both tax and National Insurance Contributions (NICs) payable.

For tax purposes, this is particularly relevant in relation to the deductibility of expenses and the ways in which losses can be offset. NICs are also relevant for an employed earner, both the employee and the employer are likely to be liable to Class 1 contributions, and these are usually more expensive than the Class 2 (flat rate) and Class 4 (profits-based) contributions currently payable by the self-employed.

Employment status cases often make the headlines in the professional press, and the recent case of Mr Tomlinson was no exception. In his case, the First-tier Tribunal (FTT) found that a double-glazing salesman (Mr Tomlinson) was self-employed, and not an employee as he had claimed.

Mr Tomlinson had been a double-glazing salesman for over 35 years and until 2013, he and the companies he worked for had always understood and intended him to be self-employed, but when in 2013 he changed accountants, his new adviser suggested that he might actually be an employee.

There then followed a lengthy period of discussion, after which HMRC issued a formal decision that they regarded Mr Tomlinson as self-employed in respect of his long-standing engagement with a Midlands-based company. Mr Tomlinson appealed against the decision, which largely involved NIC, but both parties agreed that the outcome of the appeal might also affect Mr Tomlinson’s income tax liability. 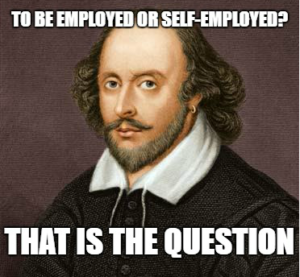 It’s a question about contract of service

Many facts of the case pointed towards self-employed status, including that there was no written contract in place and Mr Tomlinson was not required to give notice of leaving. He was paid on a commission-only basis and did not receive holiday pay, sick pay or pension contribution payments. He provided his own car, mobile phone, and other equipment.

However, many other factors emerged, which pushed the pendulum towards employed status. These included the authority to sign initial customer contracts on behalf of the company; an expectation for working in the company showroom approximately two days a week; an expectation to complete a holiday request form; appearances in company advertisements; and an expectation that Mr Tomlinson would not work for competitors.

The FTT worked its way through various factors which have historically been used to determine employment status cases. Such factors include control, equipment, financial risk and payment terms, personal service and exclusivity, mutuality of obligation, benefits provided, integration within the company’s business, and intention.

In coming to its decision, following a comprehensive review of the overall effect of all such factors, the FTT found that the details of this case did not clearly point towards either employment or self-employment. However, looking at the overall picture, the FTT’s view was that Mr Tomlinson was in business on his own account and was not, therefore, an employee.

The FTT concluded that it was decisive that both Mr Tomlinson and the company intended and believed that Mr Tomlinson was self-employed and had operated on that basis for almost 25 years.

As Mr Tomlinson had not discharged the burden of proof showing on the balance of probabilities that, during the period in question, he was employed under a contract of service, HMRC’s decision that Mr Tomlinson was self-employed was upheld.

A point to remember

As with most employment status cases, this case focused on the details of the terms on which Mr Tomlinson was engaged with the company. The Tribunal’s decision was hindered by the fact that there was no written contract in place.
Whilst a written contract will not in itself be an overriding factor in determining whether an individual is employed or self-employed, it does provide evidence in support of intention and belief in a particular working relationship.