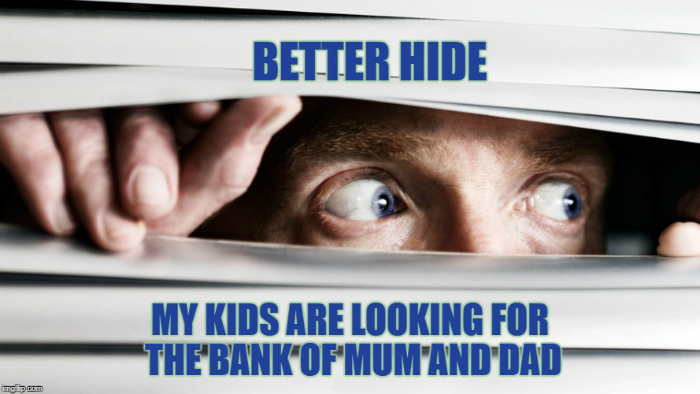 This week’s Blog concerns one of the UK’s biggest lenders (or is that charities?) the Bank of Mum & Dad and highlights the need for a business motive, a commercial approach and watertight records when paying relatives. Unfortunately for Colin Nicholson HMRC considered that he had got this wrong on his Tax Return.

The first tier tax tribunal (FTT) considered a deduction for wages payments by a sole trader to his student son Mark in the case of Nicholson v HMRC.

Following an enquiry into Nicolson’s 2013/14 tax return, HMRC disallowed £7,400 as failing the test for relief for expenditure, which is not paid “wholly and exclusively for the purposes of the trade”.

Nicholson claimed that his son Mark had been employed in “promoting the business through internet and leaflet distribution and computer work”. The tribunal heard evidence that Mark had indeed been helping his dad in the business. His wages had been calculated at a rate of £10 per hour for 15 hours per week, but the tribunal noted that there was no evidence to support wages being paid on this basis. HMRC had rejected the claim because of a lack of payroll records preventing a successful reconciliation from the business bank statements.

Colin Nicholson stated that payments to his son had been paid partly through ‘provision of goods’. He had identified £1,850 cash by reference to Mark’s bank statements and paid a monthly direct debit of £18.51 for his son’s home insurance. However, the bulk of the claim was based on Nicholson senior buying food and drink to help support his son at university.

The Tribunal Judge, referred to an earlier judgement in Dollar & Dollar v HMRC which involved payments to family members, and said that he had concluded that Nicholson’s payments were made out of “natural parental love and affection”.

He also commented that in his opinion, there was a duality of purpose as the “wages” had a major underlying “private and personal” motive, thus not for the purposes of the trade. Nicholson was doing nothing more than supporting his son at university. The tribunal therefore dismissed the appeal.

Getting your ducks in a row first

For many parents, the prospect of help from the younger generation in handling technology must seem very attractive. If one wants to employ one’s children in the business to work on say, website creation and management, how do you go about making sure the cost is tax deductible?

Firstly, it is important to have a reliable recorded basis on which payment is to be made to the offspring. The tribunal commented that the likelihood of a successful claim would have been increased had there been payment on a time-recorded basis, or a methodology in calculating the amount payable plus an accurate record of the hours worked.

It also didn’t help that payments could not be directly identified from Dad’s business bank account. A direct link between the business account and the recipient’s account would clearly be advisable, which indeed the tribunal mentioned; plus they commented on the lack of any basic agreement to indicate the rate of pay and how it was to be paid.

The Tribunal, in keeping with previous decisions, made it clear that there was no suggestion that employing one’s relatives was an issue in itself. What is important when employing relatives or close friends is the commerciality connecting the rate of pay made for the duties undertaken. This would also go a long way in refuting allegations of excessive payments to family members as a means of extracting monies from the business.

In the case of the Nicholsons, excessive remuneration did not apply as it was accepted by the Tribunal that the stated rate of pay for Mark was lower than if Nicholson had employed an independent third party.

If you’re going to employ a relative, there are four simple steps, which if in place will make it very difficult for HMRC to challenge any payments made:

In my experience, most payments to relatives are not as HMRC would have you believe, merely a means to artificially reduce one’s tax. Work is undertaken and usually at a rate far lower than a commercial charge, but because it’s, say your son or your dad, many small businesses do not think they need to keep the necessary paperwork and that’s when they can come a cropper.

So if your dad needs some supplementary income to top up his pension or your daughter needs some help with accommodation costs at university, by all means employ them on a part-time basis, but make sure that you follow the four simple steps.

Tax on Foreign Earnings: Who declares you or your accountant?
New HMRC Rules For Small Businesses
9 Bizarre excuses for filing company accounts late