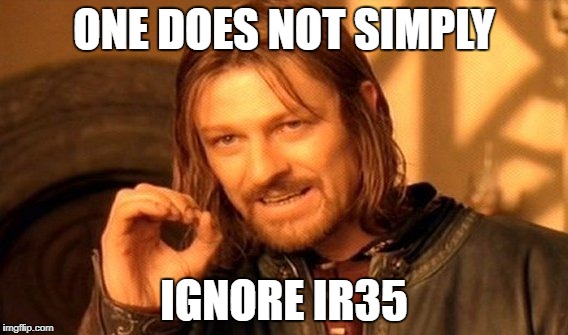 HMRC has defeated a BBC presenter in the first IR35 ruling since 2011. The first tier tribunal (FTT) ruled the TV personality’s contract was caught by IR35 and landed her company with a £420,000 bill.

This judgment is the first of a number of IR35 appeals involving television presenters who operated through personal service companies, following the mass IR35 clampdown in October 2016, with further rulings likely to arrive later this year. It is also the first IR35 case to be reported in seven years, and the first comprehensively won by HMRC since 2009.

Ackroyd presented the BBC’s Look North programme and was engaged through her company, Christa Ackroyd Media Ltd, by the BBC on a seven-year contract to provide her services up to 225 days per year. It was reported in 2013 that after a three-month period spent off air, Ackroyd had been sacked by the corporation following an alleged dispute surrounding her freelance status and payment of tax.

Court documents showed that the BBC terminated the arrangement following HMRC’s formal demand against them for unpaid tax and NIC. The BBC strongly contested the demand and contended that Ackroyd offered her services through a limited company.

Contract of service or contract for services?

Ackroyd contended that her status for the purposes of the IR35 legislation was that of a self-employed contractor, and there was no further tax liability on the part of her limited company. However, HMRC argued that hypothetically she was engaged under a contract of service rather than a contract for services, therefore she should be treated as an employee of the BBC. 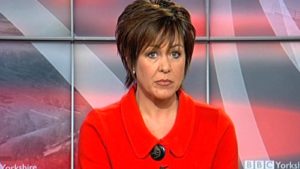 The IR35 rules were thus in point, and her company was required to pay the appropriate amount of tax and NICs based on her deemed employment. The FTT sided with HMRC, deciding that Ackroyd could not fairly be described as being in business on her own account. The ruling stated that she was “economically dependent on the hypothetical contract with the BBC”, which took up most if not all of her working time.

“In our view,” stated the judge, “a hypothetical contract of that length for at least 225 days per year and terminable only for a material breach, points towards a contract of employment.” The judge further commented that the existence of a seven-year contract meant that Ackroyd’s work at the BBC was pursuant to a highly stable, regular and continuous arrangement. “It involved a high degree of continuity rather than a succession of short-term engagements,” stated the case notes. “That is a pointer towards an employment contract.”

The key factors around Ackroyd’s employment status were:

While this was the first appeal in a number of other cases involving television presenters and personal service companies, the Tribunal was at pains to state that this is not a lead case and HMRC did not wish to comment on this individual case, but a spokesperson said: “Employment status is never a matter of choice; it is always dictated by the facts and when the wrong tax is being paid we put things right.”

Is Ackroyd a IR35 scapegoat?

Reacting to the case, Dave Chaplin from ContractorCalculator stated that he has “a lot of sympathy” for Ackroyd. “Christa Ackroyd believes she has been victimised by the BBC and made a scapegoat following an internal inquiry into the BBC’s use of freelancers … the BBC encouraged her to work this way and her advisors were clearly out of their depth on IR35.“

“Unfortunately for Ms Ackroyd, whilst the case looks clear cut, it appears the Tribunal made a decision based on facts cherry picked by HMRC, and HMRC has effectively put her out of a job; HMRC did not even speak to her before making its judgement and reached its conclusion on inadequate information.”

Andy Chamberlain of The Association of Independent Professionals and the Self-Employed, commented:

“This case is significant as it shows that the original IR35 legislation, deeply flawed though it is, can be made to work when HMRC actually enforce it.”

“The current drive to push all the tax liability onto the client from the outset is like using a sledgehammer to crack a nut. Last year’s change to the way IR35 works in the public sector has essentially stopped contracting in the sector altogether, robbing it of vital specialist skills and damaging public services. If the Government extends those IR35 reforms to the private sector, as it has signalled it wants to, it will damage not only our flexible labour market, but the UK economy as a whole.”

While this case heard at the Tribunal, in theory, does not set a legal precedent, according to Chaplin it clearly demonstrates that some organisations are avoiding their tax obligations by encouraging would-be-employees to engage with them using limited companies.

“Whilst this activity is not widespread,” continued Chaplin, “HMRC is very likely to use this case, and others coming up, to reinforce its arguments that the IR35 reforms should be rolled out to the private sector, bolstering HMRC’s claim that there is an immediate threat to the exchequer. Contractors can no longer afford to take a laissez fairer attitude to compliance; otherwise they could easily find themselves assessed as inside IR35 by their clients when the changes come in.”