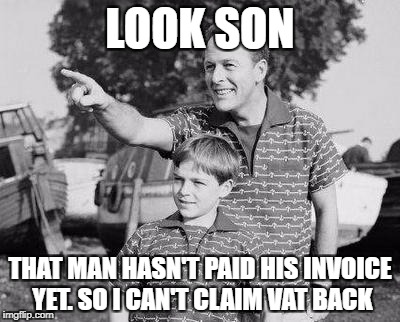 HMRC/VAT recently announced that it will disallow Input Tax on purchase invoices which are more than six months overdue for payment if the business cannot prove it has paid the suppliers.

They will now disallow the claim for Input Tax even when the invoice being claimed for is perfectly valid, which flies in the face of their long term principle that the invoice is king.

Many businesses adopt the cash accounting scheme for VAT purposes, which means they only account for Output Tax when payment has been received from a customer, and only claim Input Tax when they pay their suppliers. The cash accounting scheme can be adopted by any business that expects its taxable sales to be less than £135,000 (excluding VAT) in the next 12 months. It does not require HMRC’s permission for a business to adopt the scheme.

If a business is not on the cash accounting scheme it can claim input tax according to invoice dates, which can often give a clear cash flow advantage. However, it must also account for Output Tax on the invoice date or receipt of payment (whatever is earlier).

In the course of day-to-day business, there will be of course many examples when a purchase invoice remains unpaid for many months. It could be because of a dispute or a business is in difficulties and has delayed payment; so what happens in this situation?

The VAT regulations now state that if payment to a supplier is overdue by more than six months, then any input tax claimed on an earlier VAT return must be repaid to HMRC. This clawback of VAT should be declared on the VAT return which covers the period in which the six-month payment period ends. That six-month period is deemed to commence on either:

Frank is VAT registered as a builder and doesn’t use the cash accounting scheme. He received an invoice from a subcontractor for £1,000 plus VAT on 31 March 2017, on 30-day payment terms, so the invoice is payable by 30 April. John can claim input tax on his VAT return that includes 31 March. But if the invoice is not paid by 30 October, he must include an input tax credit on the VAT return that includes this date. He can claim input tax on a future VAT return if and when he pays the subcontractor.

In the recent tribunal case of Capital SMA, HMRC disallowed some input tax claimed by the company on its April 2016 return under the six- month rule. The taxpayer’s appeal was based on the argument that it had paid for the invoices by cash, highlighting cash withdrawals in the company’s bank statements to support its argument. 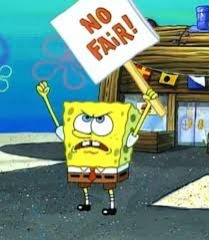 However, the tribunal in their judgement stated that Capital SMA had not provided any evidence from suppliers confirming payment had been made, such as payment receipts or correspondence; nor did the amounts for cash withdrawals reconcile with any particular invoices.

In their ruling they agreed with HMRC that payment had not been made and dismissed the appeal; and to make matters worse for Capital SMA, they also found that HMRC were correct in issuing a penalty for careless behaviour and the tribunal confirmed that this was correct both as a principle and the amount charged.

Lessons to be learned

The taxpayer’s appeal was always likely to fail due to lack of evidence, but there are important points to be learned from the Capital SMA case:

It will of course not surprise you to learn that the changes to the old rule that ‘the invoice is king, whether it’s paid or not’ were not widely published by HMRC/VAT and nor did they write to a single VAT registered business to tell them of these changes.

This beggars a bigger question, when HMRC change long-established rules why don’t they publish this fact and write to all affected businesses? The reason could be arrogance or incompetence; or indeed if you are really cynical about the ‘big brother’ inspectors in their ivory tax towers, you may just believe it’s a means to issues more fines and penalties.

I have my own opinion, what’s yours?

HMRC opening up a VAT can of mixed supply worms
Common errors made by businesses: VAT Disbursements
Finance Bill 2016