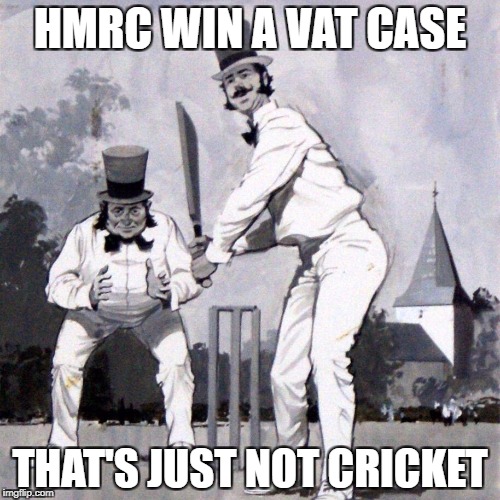 During my long career, I have worked on both sides of the fence on pretty well every aspect of VAT and have encountered a common misconception that if a project or organisation is doing, or planning to do, good works for the community then it’s inconceivable that VAT can be payable on its expenditure.

Unfortunately, that conclusion is often contrary to the letter of the law. I have advised many times over the years, that not-for-profit organisations and charities get certain VAT concessions in the legislation, but not an automatic exemption from paying VAT on all their expenditure.

The recent tribunal case of Eynsham Cricket Club was solely about whether the builder’s services to the club for its shiny new cricket pavilion could qualify for zero-rating. This was an important issue because the club was not registered for VAT and therefore couldn’t reclaim Input Tax.

In order for zero-rating to apply, a number of boxes have to be ticked, the most important of which are:

In Eynsham’s case there was absolutely no doubt that the club provided a valuable service for local amateur cricket players (there were nearly 100 playing members) and it was accepted that a good standard pavilion was essential for a successful club playing league cricket in Oxfordshire.

But the critical question that needed to be answered was, did Eynsham Cricket Club actually qualify as a charity as far as the VAT legislation was concerned?

The key sentence in the legislation can be found at www.gov.uk/vat-businesses/charging-vat-to-charities which specifies that use of the building for a “relevant charitable purpose” means “use by a charity in either or both of the following ways:

Eynsham Cricket Club is a CASC (Community Amateur Sports Club), but unfortunately not a charity registered with the Charity Commission. The club put forward the view that it should be treated as a charity because of its aim of promoting participation in sport and that the club’s constitution clearly demonstrated that it had been set up for ‘charitable’ purposes for the local community. 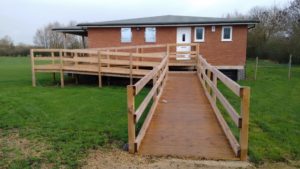 Another key factor was that there was a high degree of social use with the club’s activities with many of the members effectively treating the clubhouse as their local pub. The tribunal chairman noted: “the predominant purpose for which the club was established was the promotion of amateur sport. However, it also had a subsidiary purpose of providing social facilities to the residents of Eynsham that stood separate from the purpose of promoting amateur sport.”

Because the tribunal rejected the club’s “charitable status” argument, the other issues concerning the use of the building for non-business purposes, and whether the building qualified as a village hall, were irrelevant; however the court was clearly sympathetic and also considered these issues as well.

Community use of the building

With regard to the other issues relevant to zero-rating, the tribunal concluded that the club failed on the condition about the building being used solely for non-business purposes. This was because the bar activity and charging of the venue to hirers for events and functions were sufficient to be classed as an ‘economic activity’.

However, it concluded that the wide involvement of the entire local community in the project meant that it did qualify as a “village hall or similar.” The judge commented: “The local community was, in a real sense, the true consumer of the services of its construction.”

However as the tribunal chairman pointed out, that even though he accepted that the building was the de facto village hall and that the club actually provided many charitable services; the fact that the club had failed to obtain charitable status with the Charity Commission, meant that he had to find for the Revenue.

Overall, this was an interesting case, and to use a cricketing analogy, whilst it was not the last over thriller that cricket fans enjoy watching with such great excitement and more like a technical win under the Duckworth–Lewis method, nevertheless it was still a win, albeit narrow, for HMRC.

HMRC bully-boys are at it again!
New SDC Guidance: Is this the end of PSC’s?
Basis period explained