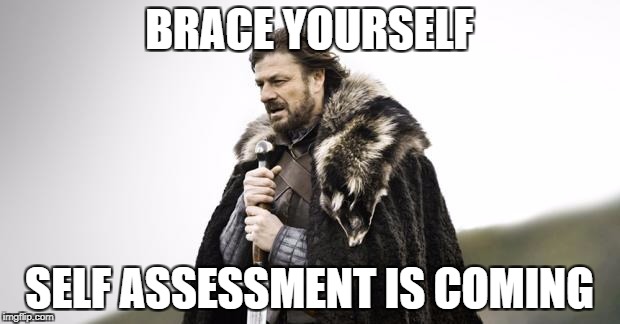 As you may have noticed, winter is drawing ever closer and its approach heralds the beginning of this year’s ‘Tax Return Season’.

All accountants, and I suspect many taxpayers, view this annual event in pretty much the same way as Jon Snow and the Night’s Watch viewed the approaching winter in Game of Thrones. In their case it was the army of the living dead, the ‘white walkers’ which in many taxpayers’ minds equates to the serried ranks of the tax inspectors.

For those of you who prefer the tactile nature of the good old paper Tax Return, you haven’t got long as the HMRC deadline for sending it in is midnight on 31st October 2017; also don’t forget that HMRC expect to receive it by that date.

If you must leave it to the last minute you can expect to pay a penalty if you’re late; however you can appeal against a penalty if you have a reasonable excuse. For example if you send it in on the 30th or 31st of October and its received on or after 1st November, if you’ve obtained ‘Proof of Posting’ or sent in the Tax Return by recorded delivery, HMRC won’t penalise you.

Also, if you want HMRC to automatically collect tax you owe from your wages or pension, you must submit your Tax Return online by 30th December.

For the remainder of you, whether you complete the Tax Return yourself, assuming your tax affairs are simple, or use an accountant the deadline for both submission of the Tax Return online and paying any Income Tax and NIC due, is 31st January 2018.

We need those records! 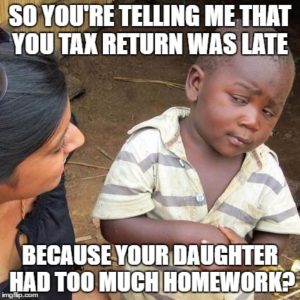 All accountants are extremely busy over the winter months, attempting to get everyone’s Tax Returns submitted to HMRC before the January 31st deadline. However clients don’t always appreciate this and despite getting a written reminder from us in early October, it seems that for a small but significant minority, it’s only on 1st January the they wake up to the fact that they need to get their records in to us.

I’ve touched on this subject before see 11 Lame Excuses but it usually needs repeating each year. No accountant will guarantee being able to meet the deadline if your records are received a matter of days before the deadline and if they do manage it, it will only be because staff are working overtime which will inevitably result in extra fees.

We decided a year ago to update our logo and name, which hadn’t altered since this firm was founded in 1986 and as the more observant of you will have noticed, we’ve shortened Morgan Jones & Co to MJ&Co and have a new logo which features a small green owl, which everyone seems to like.

Also, I can now announce that Google have finally woken up to the change, but unfortunately they haven’t yet updated their Google Street View photograph. Perhaps with all of the changes at the English Bridge Gyratory in Shrewsbury, their happy snapper could well pay the area a visit, we can but hope!

Our new receptionist is Lianne North 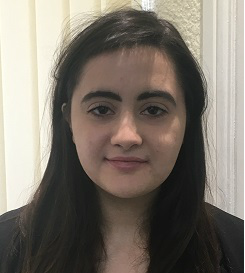 Lianne came to us from X-Strike Arena Ltd in Shrewsbury where she undertook reception and customer service roles; however she felt the job wasn’t stretching her and their loss has proved to be our gain.

Lianne is in charge of client liaison plus an increasing number of important admin duties. She is also likely to be the first person you’ll see or speak to if you contact us and you can be certain of a pleasant welcome. 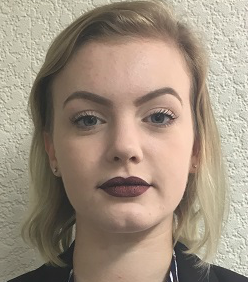 Evie having obtained excellent exam results, chose accountancy as a career and to gain some experience and knowledge she initially assisted her mum, a specialist accountant in industry working from home.

She joined our accounts production team six weeks ago and her progress so far has been very impressive.

Evie is doing an accountancy degree on day release and I have no doubts as to her ability to achieve the qualification and have a long-term future at MJ&Co.

I am proud to announce that our Managing Partner Simon Cook, has now achieved the highest level possible with his accountancy body the CPAA and is now a Fellow of the association (FCPA), this is of course as well as his other accountancy qualifications.

I am also very pleased to announce that our hardworking Payroll Manager, Lucy Jones, who is about to clock up her 11th year at MJ&Co has been promoted to Practice Manager w.e.f from 1st November. Lucy’s knowledge of Payroll, Pension Auto-enrolment and HR matters is exceptional and if you have any questions about these complex issues, she is our resident expert and will be pleased to help if asked.

It has come to my attention that a rumour has spread amongst a number of our clients that I am suffering from ill-health and planning to retire in a few months’ time, which understandably, has made some of them a tad nervous.

The rumour probably started because I had some time off earlier this year and when I returned I was sporting a rather spectacular 5 inch scar on my jaw line. The truth is that during a routine medical, the doctor found that one of my two major carotid arteries was 75% blocked and told me that I was a major stroke waiting to happen; so I cancelled my upcoming scuba diving trip to Tenerife and under the knife I went.

Following the successful surgical procedure (a carotid endarterectomy) and some R&R, I returned to work feeling better than I have for years, mentally sharp and with much more energy. So for all of you doubting Thomas’s out there, I now feel rejuvenated and do not have any intention of retiring any time soon and expect to be dispensing advice and problem solving for clients, for quite some time to come.