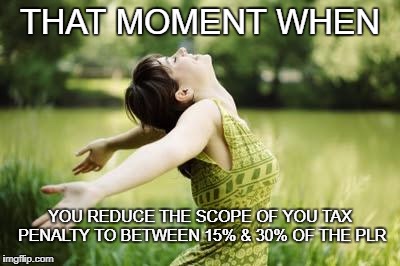 Today I thought I would share with you a number of ways in which a taxpayer can appeal against a penalty notice for carelessness, where the error has been accidental rather than a deliberate error.

In this Blog I have assumed the taxpayer will have co-operated as fully as possible with HMRC in establishing the correct tax position and has made all necessary disclosure following the detection of the error. This reduces the scope of the penalty to an amount between 15% and 30% of the potential lost revenue (PLR).

The definition of carelessness, according to Finance Act 2007, Schedule 24, is defined as failing to take reasonable care. The courts tell us that this should be looked at in terms of the level of care which it is reasonable to expect from a normal, typical taxpayer.

HMRC say that they don’t expect the taxpayer to have any special level of knowledge or insight, but that they do expect them to be diligent and to appreciate the importance of getting things right to the best of their ability.

If a third party, such as a tax agent, supplies erroneous information to HMRC on the taxpayer’s behalf, a penalty may be charged to the taxpayer. However, the taxpayer has valid grounds to appeal if they can show that they personally had taken due care, and the failure was solely down to his or her agent.

If there are special circumstances, HMRC can reduce or stay (ie not charge) a penalty, or agree to compromise terms (such as extra time to pay instalments etcetera). But let me make it clear, an inability to pay is most definitely not a special circumstance. Equally, it is no use arguing that your under-assessed tax is balanced out by someone else having paid too much tax: two wrongs don’t make a right, and in any case, the legislation specifically prevents it.

What might you think what constitute special circumstances? Ill health perhaps or a close family bereavement which made you, as the taxpayer, take your eye off the ball.

In reality it will all depend on the facts, but if you can think of any external factors which prevented you from exercising your normal high level of care, it may well be worth appealing. But just be aware, HMRC doesn’t want to use this provision too widely, so make sure that your excuse is a good one.

It’s also worth remembering that HMRC has to issue a penalty notice within 12 months of the under-assessment being rectified. If they issue the penalty later it is invalid and whilst it would be unusual for this to happen, you just never know.

HMRC can suspend all or part of a penalty by specifying a time period (up to two years) and some conditions which the taxpayer must meet throughout that period. If the conditions are satisfied, and as long as the taxpayer doesn’t incur any other penalties for the full period, the suspended penalty is quashed. Otherwise, it becomes payable.

HMRC can only issue a suspension if they are able to impose conditions which “would help [the taxpayer] to avoid becoming liable to further penalties”. This means that HMRC can’t offer a suspended penalty for genuinely unique, unrepeatable or “one off” failures.

There is a specific right of appeal against a decision not to suspend a penalty, so it might be worth appealing and suggesting suitable change in your behaviour that you might adopt (such as use a recognised accounting software package for business records) to justify suspending the penalty.

When the new penalty regime was introduced in 2009, HMRC’s policy staff made it very clear that they did not wish it simply to become a sort of stealth tax. The policy preference was stated to be to educate taxpayers to get things right next time, and suspension was seen as a valuable tool. However, in my experience the policy preference may not have fully filtered down to all front-line staff, so an appeal might just remind them.

One of the advantages of us currently being in the European Union is that the UK is subject to the judicial principle of “proportionality”. Under this principle, the state cannot lawfully impose a penalty which is excessive by reference to the alleged failure. 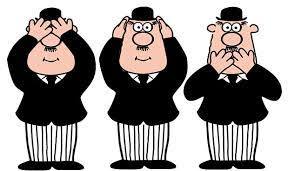 This is probably not going to be a viable ground for appeal in most instances of carelessness. Where the potential lost revenue (PLR), is simply an amount of tax which wasn’t paid, or was repaid in error, no court is going to agree that a 15-30% penalty is excessive.

However, where it may be appropriate is cases where the error relates to a loss incorrectly claimed and carried forward: in such cases, the PLR is 10% of the carried forward loss. It could also be worth making an appeal on the grounds that charging the taxpayer a penalty based on 30% of some tax relief they haven’t yet claimed was somewhat disproportionate.

In a recent Tribunal case concerning loss relief, Simon Fry didn’t need to convince the tribunal that his penalty was disproportionate to his carelessness. Instead, the judges used a separate provision which applies specifically to these instances of an incorrect loss being carried forward and stated, “If, given the nature of the taxpayer’s circumstances, there is no reasonable prospect of the loss being used to support a claim to reduce a tax liability, the penalty must be reduced to zero.”

In this case, Mr Fry had left the UK to settle long term in the USA, and there was very little likelihood that he would ever need to use those losses. The judges pointed out that you don’t need to show that it’s impossible to use the losses in future; all you need to show is that any hypothetical scenarios in which you do get to use the losses are so unlikely as to be unreasonable.

It is very important to remember that HMRC’s published official policy is that the penalty regime is not just a fund-raising mechanism; there are various ways to oppose a penalty and – in the right circumstances – reduce, postpone or eliminate it altogether.

Also, if you are planning an appeal, it may well be worthwhile reminding the HMRC officer of the provisions of the Finance Act 2007, Schedule 24 (but don’t be too specific as he/she will probably not bother looking it up), and it may also be worth throwing in the ‘proportionality’ argument.