The VATman can go back 20 years! 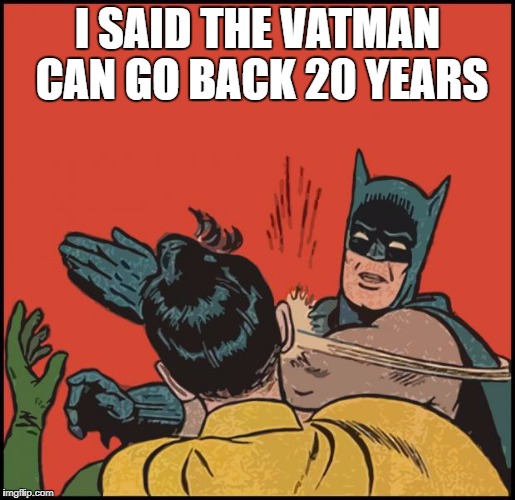 The case of Ahmed Rasouli (t/a Euro Foods) v HMRC was ostensibly about whether the taxpayer registered for VAT on the correct date. The starting point of any VAT registration challenge is to determine the date when a business is obliged to register, i.e. when the compulsory registration threshold has been exceeded.

Facts: Taking Over a Going Concern

Euro Foods traded as a convenience store selling food, household products, alcohol and tobacco. Rasouli took over the business of Euro Foods on 1 April 2012, according to HMRC.

As he took over the business as a going concern (although this was disputed by Rasouli), he was obliged to register from his first day of trading, because the previous owner of the business was trading above the VAT threshold. In any transfer of a going concern (TOGC); the rules are clear and state that the buyer must treat the seller’s taxable sales as part of his own turnover.

The first dispute was whether Rasouli actually took over the business on 1st April 2012. The tribunal disagreed with HMRC’s conclusion and decided that 12st October 2012 was the relevant date because this was when the lease of the shop and flat was transferred to Rasouli from the previous owner.

It was also established that the seller had accounted for output tax on VAT returns until at least 31st August 2012, so 1st April 2012 could not have been the relevant registration date for Rasouli.

The taxpayer had been advised by his accountant in 2012 that he should have registered for VAT; but he ignored this advice as when he bought the business, it was his intention to build up the turnover and sell it on quite quickly. This led HMRC to believe the taxpayer knew what he was doing when he missed the VAT registration date, so they treated the late registration as a “deliberate error not concealed”, and issued a penalty for £4,989.

This is a key feature of a late VAT registration: the level of penalty is determined by the behaviour of the taxpayer that caused the late registration, which is categorised into: 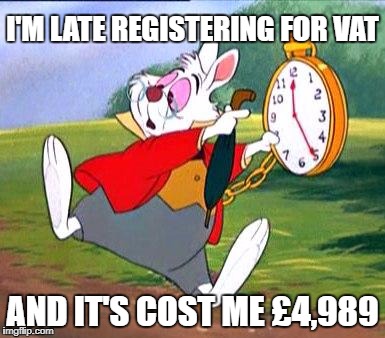 The tax unpaid because of the late registration for VAT (the potential lost revenue: PLN) is multiplied by one of the above percentages to establish the actual penalty.

To make it worse for Rasouli, the VAT registration was not voluntary, but ‘prompted’ by HMRC visiting the taxpayer, which meant that he fell into category C of the range of penalties and therefore was liable to a minimum penalty of 35%.

All the parties agreed that 31st July 2014 was the correct deregistration date because this was when Rasouli resold the business. The tribunal supported HMRC’s tax and penalty calculations in principle, with the only adjustment being to reduce the start of the late period from 1 April 2012 to 12 October 2012, which had the effect of reducing both the tax and penalty payable by Rasouli.

This case illustrates how HMRC can make flawed decisions when there are a lot of confusing issues happening at the same time. But the taxpayer was also guilty of ignoring his accountant’s advice to register and hoping a potential VAT problem would never come to light by selling the business on quite quickly.

Another important point that most people are unaware of is that if someone doesn’t register for VAT at the correct time, this can be corrected by HMRC going back up to 20 years. It is also increasingly apparent that this is a power they will be prepared to use if appropriate!

Truckers v The Taxman (Who will win the standoff?)
Exemptions from Making Tax Digital for VAT
HMRC U-turn: Self Assessment Deadline Postponed