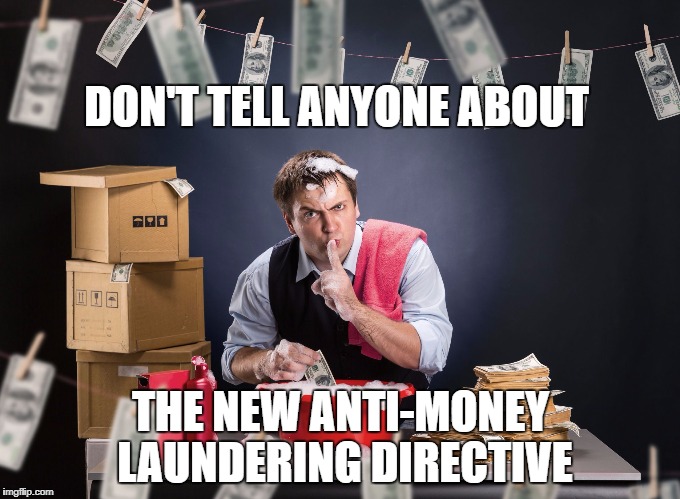 In a world where regulators are always fighting to keep pace with technology, all eyes were on what impact the latest Anti-money laundering directive is likely to have in the fight against organised crime.

It will not surprise you that during its passage onto the statute books, the fourth directive (4AMLD) was subject to amendments which became known, confusingly, as the 5AMLD.

So, what are the highlights?

Grabbing the headlines were changes and extensions to the current regulations, including rules that will mean anyone who owns more than 25% of a company will have to be identified on a central register. The definition of a politically exposed person (PEP) has been widened to include domestic, not just foreign, politicians.

In a further tightening of the screw on the cash economy, the threshold for customer due diligence for those dealing goods in cash has been lowered to £8,750 (€10,000 down from €15,000).

The directive also puts a far-reaching responsibility on accountants, bankers and lawyers to do more to identify funds being laundered for terrorism and serious criminality. In reality, this means the painstaking analysis of billions of transactions, to zero in on those that contain red flags.

These days, the transactional ecosystems criminals and terrorists use to hide their funds are so complex and vast that manually they can be nearly impossible to identify and more often than not, the flow of illicit funds is often hidden in plain sight.

Accountancy firms, banks, prepaid card operators, as well as digital currency processors and exchanges, will now need to embrace the digitalisation of traditionally cumbersome processes if they’re to weed out potentially threatening anomalies.

With terrorist attacks on the rise, any legislation that creates a more hostile environment for the funding behind them must be welcomed. However, the level of sophistication that today’s terrorist and criminal organisations use to launder their money is frightening, and whilst the new regulation is a step in the right direction, in the real world the average accountancy firm or law practice is light years behind the techniques being employed by terrorist networks.

Problems ahead on compliance

All professionals in the fight against money laundering must first defeat the false positive – red flags raised over transactions and customers that turn out to be perfectly innocent. These are by-products of the sudden explosion of technology in this sector over the last couple of decades which, while well-meaning, have provided as many problems as answers.

This is because these false positives are one of the biggest regulatory costs faced by financial institutions today. Suspicious transactions can often only be identified through the analysis of billions of financial transactions and broader data sets in real time. This is beyond the limits of human intelligence, let alone conventional compliance, and can only be achieved through big data technologies that are enhanced by machine learning or AI.

AI is the only real way forward to be able to identify transactional patterns a human would never spot. If this obstacle in the financial fight against terror can be defeated then we have a chance in the war against organised crime and terrorist groups.