13 Unusual Excuses as to why a Tax Return was late, Part IV 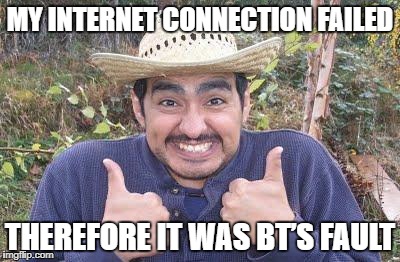 Last year on January 16th, I posted my third Blog on the subject of excuses given by taxpayers, as to why their Tax Returns were submitted lateand taken from the now annual press release by HMRC.

This year the press release of unusual and unsuccessful excuses used by taxpayers in penalty appeals included excuses ranging from a burning boat to a toddler with a box of crayons. All have been put forward in vain attempts by taxpayers to have their fines wiped out under the ‘reasonable excuse’ provision.

It will not surprise anyone that despite some clearly inventive reasoning, the success rate in appeals was not very high and the 13 excuses published today all failed.

From the feedback received, most of my readers clearly enjoyed reading them, with many being shared on Facebook and other social media sites. So here are this year’s selections of unsuccessful excuses used in penalty appeals.

And finally, my personal favourite was from a taxpayer in Glasgow who didn’t submit her tax return on time. She clearly believed that if HMRC rejected her first excuse, then if she gave a couple more, at least one would do the trick:

13. I’m an anarchist and reject the arbitrary demands of the state, I suffer from Alopecia and am therefore embarrassed to be out in public. And anyway, I don’t own a computer

“Blaming the postman, arguing with family members and pesky insects – it’s easy to see that some excuses for not completing a tax return on time can be more questionable than others. Luckily, it’s only a small minority who chance their arm. But there will always be help and support available for those who have a genuine excuse for not submitting their return on time. If you think you might miss the 31 January deadline, get in touch with us now – the earlier we’re contacted, the better”.
Ruth Owen, HMRC Director General of Customer Services