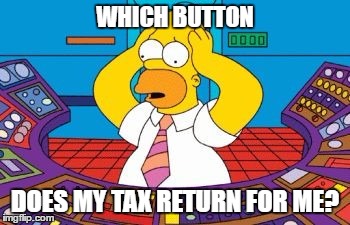 If you take current tax legislation, add a little artificial intelligence of the sort underpinning digitisation, pursue it to its logical conclusion and you could get a head-on collision as man meets machine, as a tribunal judge suggested recently. His comments were all the more interesting coming alongside a recently published KPMG report, ‘Technology in Tax’.

KPMG’s report is a thought-provoking glimpse at the possible future in tax and technology and in essence it looks into the revolution likely to be generated by the internet and artificial intelligence (AI).

The techno-boffins call it the Third and Fourth Industrial Revolution – and that’s pretty much where we’re located right now.

Where the Third Industrial Revolution is basically all about digitisation, the Fourth Revolution goes further than that. Much, much, further.

With AI, “the speed, size and scope of change is such that it becomes qualitatively different,” the KPMG think tank tells us.

KPMG believe that up to a third of corporate audits could be carried out by AI within 5 years with the distinct possibility of an AI machine on a Board of Directors within 10 years. Is that scary or what?

So back to the present; in a recent tribunal case deciding the fate of taxpayer Thomas Richter, Judge Richard Thomas recently pointed out an inconsistency when it comes to man meeting HMRC machine.

Judge Thomas made in his comments in a case where the taxpayer was appealing against late filing penalties, similar to the recent Donaldson case, when HMRC won.

His comments didn’t form part of his judicial decision – but judge Thomas made it clear where the battle lines are likely to be drawn up in the future and expressed his of opinion in a written judgement, which because it wasn’t essential to the decision it was therefore not legally binding as a precedent (obiter dictum)

The judge pointed that HMRC’s assessments were made before Richter’s Income Tax Self-Assessment Return for 2010/11 was delivered and he homed in a potential problem contained within HMRC’s Self-Assessment Manual.

The key provision concerns the six and 12 month penalties which can be imposed, which are the greater of £300 or 5% of any liability to tax which would have been shown in the return in question.

So, when a penalty is determined before the return is submitted, this should logically involve some sort of review, consideration and estimate by HMRC of the likely tax liability on the return. But HMRC hadn’t carried out any kind of review, which gives them a problem Judge Thomas, commented.

The judge explained the problem arises, essentially because, “not even the most sophisticated computers can yet form beliefs, and certainly not those operated by HMRC.”

He went on to say that mechanically churning out £300 penalties isn’t enough; for HMRC to satisfy the law, they also needed to form a judgement decision as to whether or not 5% of the tax liability could be higher. 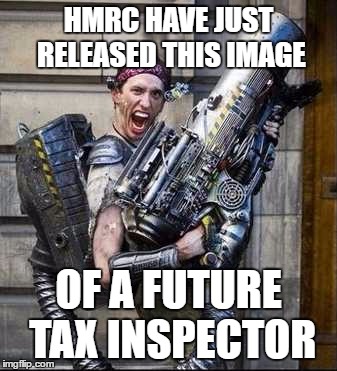 Musing on HMRC penalty generation procedure, outlined in HMRC’s Self-Assessment Manual, Judge Thomas pointed out that the process is automatic.

The Self-Assessment computer trawls a database to find which tax returns have been issued but not received before the six month penalty trigger point. Then the computer automatically issues £300 penalty notices.

“The computer is not programmed to interrogate any data it has about past liabilities,’ Judge Thomas said. “It does not seem to me that this practice involves an officer of HMRC examining information or, particularly, forming a belief about anything.”

These, Judge Thomas indicated, were issues which he and almost certainly other tribunal judges were likely to return to in the future.

Judge Thomas expressed the view that the legislation underpinning HMRC’s Self-Assessment Manual demands action by a “flesh and blood human being.”

The clue he explained was grammatical, as the verb used in the manual is singular. He pointed out in the section dealing with fines the phrase is ‘HMRC is.’ Whilst in all other sections HMRC takes the plural.

The judge explained that, on a point of grammar, HMRC’s automatic penalty assessments were not legally valid. “In the absence of any indication that a human being formed a belief about the level of penalty appropriate in this case I find it difficult to see how the automatic assessments can be valid.”

Artificial intelligence is the Tax Future…Eventually

Judge Thomas’ comments sit interestingly alongside the future of the tax profession envisaged by KPMG’s report which anticipates a new world “likely to favour complex thinking rather than deep technical knowledge. Technical expertise… purely as knowledge will be diminished.”

So perhaps in the future a computer – instead of Judge Thomas – will trawl the legislation checking verbs singular and plural.

There are other potential problems ahead, such as the division between goods and services for instance. KPMG asks: “When you buy a lawn mower (goods) and it measures the height of your grass, lets itself out of the garage and mows your lawn while you’re at work, has the lawn mower manufacturer shifted into the realm of a providing a garden service?”

And like KPMG, Judge Thomas’ remarks also imply that the road ahead is going to be bumpy, but it’s likely to be an interesting ride.

HMRC just love the cashless society
Coronavirus Questions Answered by Shrewsbury Accountant No.3
The VATman can go back 20 years!