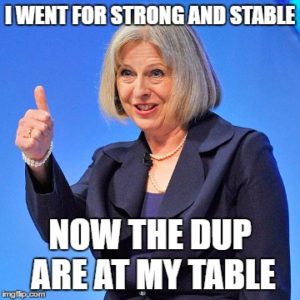 Last week’s general election treated the public to another extraordinary night of political shocks, but the muted reaction of the business world shows that they have become somewhat inured to uncertainty. The stability so craved by industry was often quoted by Theresa May as the reason for calling the early election, but the result means that the country and its businesses are in for yet another period of policy ambiguity.

However, despite post-election statements from bodies such as the CBI and the Federation of Small Businesses calling for stable leadership in difficult times, businesses seem to have accepted that instability is the ‘new norm’ and are adapting their plans accordingly. One example that I’ve noticed on accountancy forums is the rise in interest for decent forecasting tools, with businesses looking to ‘future proof’ themselves from potential economic or political shocks.

The voice of business

What was interesting during the election campaign was the relative lack of input from the business world. Last year’s EU referendum vote was frequently punctuated by open letters, with a number of business leaders being paraded by both sides as proof of their respective credibility.

This time round, whilst bodies such as the FSB and CBI published manifestos the business voice as a whole has been less prominent. Whether that is because they feel they can no longer influence the public’s decision after getting their fingers burnt by Brexit, or are simply ignoring politics and getting on with their day-to-day business is, which is far more likely.

So what are some of the factors that are likely to add to the uncertainty over the coming months?

The election result leaves Theresa May’s “leave it to me” stance on Brexit fatally undermined. At the time of writing it looks most likely that the Conservatives will put together a minority government with Northern Ireland’s DUP, with May at the helm. While the DUP campaigned openly for Leave during the referendum, balancing their needs will further complicate party policy – with the need for a fluid trade border with the Republic of Ireland likely to be a crucial factor.

Whilst the Conservatives enjoyed a rare night of success in Scotland, returning 13 MPs, it is likely that new Tory MPs north of the border will not share their English counterparts’ enthusiasm for leaving the EU without a deal, as Theresa May hinted she could do. These factors and more could explain why former Chancellor George Osborne proclaimed that a hard Brexit was dead and buried.

With so much confusion and uncertainty surrounding the result, at least in the near future, any tax changes are likely to be simple and symbolic. The Tories’ reduced majority puts plans to cut the corporation tax rate to 17% in doubt, with Labour and the Greens wanting to increase it and the SNP voicing its opposition to any further cuts.

The Lib Dems, meanwhile, want to draw the line at 20% however the DUP, potential coalition partners for May’s beleaguered party, have a similar stance on business taxation, with its manifesto calling for a reduction in corporation tax to at least 12.5% in Northern Ireland and cuts in VAT for businesses in the tourism industry.

The VAT rate is in the same boat as National Insurance rates for the self-employed and is considered one of those “lockdown” items that would be ripe for review, but given the uncertainty around Brexit and the hugely differing attitudes towards VAT cuts from the different parties, it seems unlikely the rate will move anytime soon. 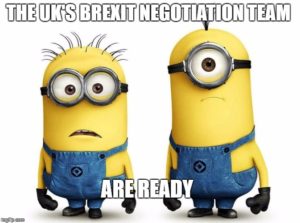 Most accountants feel that right now, there is now more uncertainty over taxation than there has ever been. The dropping of so much from Finance Act 2017 and with no idea who will be in charge in six months’ time and with budget plans up in the air, it’s impossible to even speculate about sensible tax planning.

With no party able to command an overall majority in the House of Commons we could have a new Prime Minister within a few short months and could yet face the prospect of another election campaign, potentially as soon as the Autumn. One thing is we can be certain about is that UK businesses shouldn’t be banking on stability any time soon.

With the distinct possibility of another election with a matter of months, it would be potential suicide for Mrs May and Mr Hammond to raise personal taxes; including National Insurance, right now and I don’t expect any changes in this are except perhaps for a tweak or two.

I suspect that the generous better-than-inflation rises to the tax-free Personal Allowance, will continue and that the point at which tax at 40% kicks in (currently at £45,000) may be raised to £50k over the 5 year life of a parliament. In other words, modest bribes, in an attempt by the Tories to shore up their support.