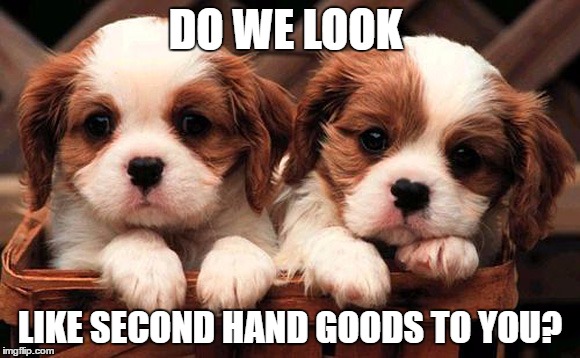 This is a VAT Tribunal case in which the taxpayer claimed the puppies it bought from a non-VAT registered breeder were eligible for the second-hand goods scheme.

The second hand margin scheme is a concession to businesses that significantly reduces their VAT payments compared to normal VAT accounting. It means a business only accounts for output tax on its profit margin, rather than the full sales value. The record keeping requirements are quite strict and are covered by VAT Notice No. 718: The Margin Scheme.

The taxpayer in this case was Little Rascals Pets Ltd, which trades in puppies, some of which it breeds on its premises, and others it acquires from suppliers for onward sale.

The company accepted that it should account for output tax on the full selling price of puppies it had home-bred and also those that it had purchased from VAT registered suppliers where the supplier had charged VAT. However, it felt that puppies bought from non-VAT registered suppliers should only be subject to VAT on the profit it made when the puppies were resold and argued that such sales were within the scope of the margin scheme for second hand goods.

The question before the tribunal was simple: could puppies bought from breeders be classed as second hand goods? HMRC obviously thought the puppies did not qualify as second hand goods and gave a written ruling as such in July 2015 (the company started to trade in August 2014) stating that output tax was due on the full selling price.

The puppies in question were usually about eight weeks old when bought by the taxpayer. The business usually had about 100 puppies on its site, of which around half were from home breeding. The puppies were then given socialisation and toilet training, and were sold when aged between 10 weeks and five months old, but mostly when aged between 12 and 14 weeks. Selling prices ranged between £400 and £1,500 and the buyers were usually private individuals, i.e. non-business customers.

The tribunal concluded that for the puppies to qualify as second hand goods, there must have been “prior use” before they were bought by the business. As the breeders had only treated them as stock items prior to their sale, this did not reflect “prior use” of the puppies, for example as a pet.

“We conclude that, as a matter of principle, animals cannot be second-hand goods at the time they are bought from their breeder. On the evidence we heard the appellant did not satisfy us that the breeders used the puppies as pets in their first eight weeks of life.” 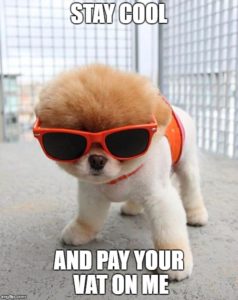 Don’t forget that if second hand goods are bought by a business for £500 or less, VAT can be accounted for using the “global accounting scheme”, where VAT is paid on total sales less total purchases of all goods in a VAT period, rather than on an item by item basis. This means that losses made on items are automatically offset against profits made on other sales. In the case of the non-global scheme, no VAT is payable on items sold at a loss, but the loss cannot be offset against profits on other sales. (VAT Notice 718, sections 14 and 150 refer)