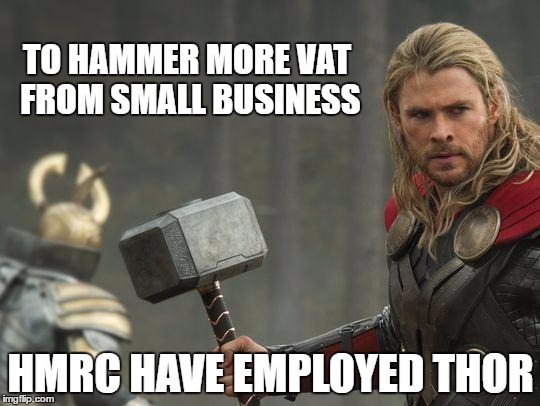 The Chartered Institute of Taxation (CIOT) has expressed great concern that HMRC’s new measures to crackdown on abuse of the VAT Flat Rate Scheme (FRS) may be ineffective and bring unwelcome consequences for normally tax-compliant small businesses.

The FRS, which enables small businesses to pay HMRC a fixed rate of VAT determined by their type of business rather than keep detailed records, has come under fire following allegations of widespread abuse by some employment agencies and similar businesses, which set up thousands of two-employee companies to both benefit from a favourable FRS percentage and NIC employment allowance.

From April 2017, many small businesses which have low annual costs will face a higher VAT liability if they use the Flat Rate (FRS) scheme. One of the most eye-catching announcements contained in the 2016 Autumn Statement is a change to the way ‘labour intensive’ businesses calculate their VAT liabilities each quarter.

How does the Flat Rate VAT scheme work now?

Unlike the standard VAT scheme, which requires businesses to calculate their quarterly VAT liabilities by adding up all the VAT they’ve charged customers (Output Tax), minus all qualifying VAT on expenditure (Input Tax), the FRS greatly simplifies these calculations for those who use it.

Under the FRS, you calculate your VAT liability by applying a fixed percentage to your turnover (including VAT). This percentage varies according to your trade / profession, which on average is around 10%.

However, whereas those on the standard scheme can reclaim the VAT on any types of expenditure, those on the FRS are restricted to only being able to claim Input Tax on purchases of £2,000 and over, such as a van.

What is HMRC’s problem with FRS?

HMRC believes that some trades have unfairly benefited from using the FRS, particularly small businesses with low costs (such as IT consultants) and hopes that a change to the way the FRS is calculated “will help level the playing field”, whilst maintaining the accounting simplification for the small businesses that use the scheme as intended.

If the changes go ahead, businesses using or considering joining the FRS will need to determine, typically quarterly, whether they are also a limited cost trader and, if they are, will pay HMRC 16.5% of their gross sales, rather than a lower percentage applicable to their activity, 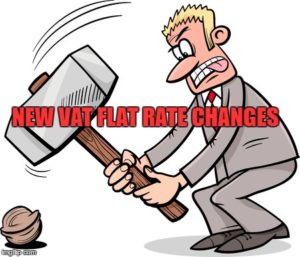 Read a previous blog on HMRC’s changes to VAT

Thus, small businesses who meet the definition of limited cost traders will be liable to pay a significant amount of additional VAT each year. Thus if say a business had an annual turnover of £100k + VAT (£120k in total) with minimal expenses, Output Tax at 20% would be £20k, but under the current FRS rules they’d only be liable for £120k x 10% or £12k meaning a whopping additional tax bill of £8k.

HMRC estimates that 411,000 businesses use FRS, and that approximately 4,000 businesses will move back into standard VAT accounting following the change. However, the CIOT believes far more business will be affected, and that it’s clear that the costs of doing this will be significantly higher than the £180pa suggested by HMRC. The proposed changes are also complicated, and could negate the simplification aims of the FRS.

What is HMRC ‘s definition of a limited cost trader?

According to HMRC, this is defined as a business which has a VAT-inclusive expenditure of either:

To prevent businesses incorporating everyday purchases to increase their costs above the 2% threshold, the following items must be excluded when working out whether or not your business is deemed to be a ‘limited cost’ one: 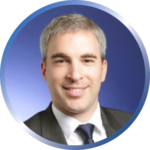 While the CIOT accepted that the government must tackle abuse, it believes that the current proposals must be changed to avoid collateral damage to the majority of small traders who do not abuse the system.

Commenting on the changes Peter Dylewski, chairman of the CIOT’s indirect taxes committee, said that targeted action against abuse of the FRS is preferable to wholesale changes.

“We are concerned that HMRC has significantly underestimated the collateral impact of these changes, both in terms of the number of businesses affected and the financial impact”, said Dylewski.

The CIOT has urged HMRC to rethink its view that existing legislation and legal principles cannot be used to tackle abuse of the measure, and suggested that HMRC further investigate alternative approaches.

The CIOT also believes that the changes are likely to cause administrative problems for FRS users. Any business which might fall within the definition of a limited cost trader will need to check its position for each VAT accounting period using a planned online tool on www.gov.uk.

“The proposed changes add a significant level of complexity on small business owners who will need considerable guidance from HMRC. Many will have to pay for additional accounting advice. One of the main challenges will be for businesses to understand whether they have acquired goods or services, which is often unclear for expenses such as computer software, electricity and gas and professional subscriptions.”

Working from your shed? Garden Office Tax Relief
Is it now time to switch from VAT to a Sales Tax?
Splitting your business to avoid VAT registration