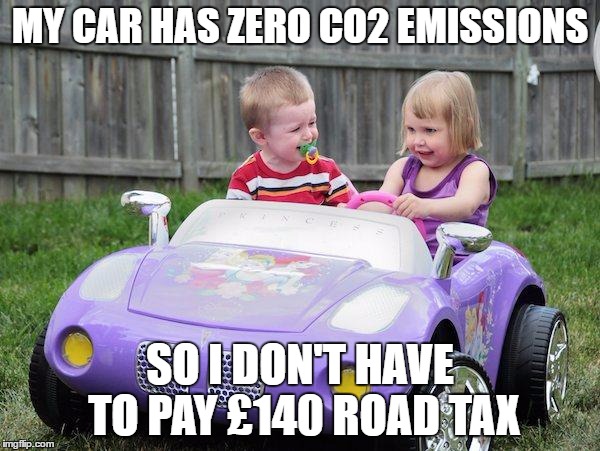 If you’re thinking of purchasing a new car or any other kind of vehicle from this coming April onwards, you need to be aware of the latest Vehicle Excise Duty changes(VED) being introduced by the DVLA on 1st April. The changes have been on the drawing board for two years now, but they are now being introduced.

https://www.gov.uk/government/uploads/system/uploads/attachment_data/file/534511/ved-reform-briefing-for-motor-industry.pdfAt first glance the new method of calculating VED (or Road Tax to you and me) appears seems complex, but in reality they’re not that difficult to understand and in practice, the amount you will have to pay depends what category your vehicle falls under, in terms of pollutant emissions.

Why are VED changes being brought in?

So why radically change the system? One common theory is that under the current system, more and more vehicles were being produced that came in below the lowest rate of tax due to technological advancements, which meant that the Government was losing out on a sizable amount of revenue. The current road tax regime is costing the Exchequer a small fortune as over recent years carmakers have slashed the CO2 emissions of their cars to take advantage of the generous VED tax bands for lower-emissions vehicles. In fact, around a quarter of new cars registered don’t pay any road tax at all as they fall into VED Band A for vehicles with CO2 emissions of less than 100g/km. At present, new cars have to reach Band D (121-130g/km) before any significant annual road tax is charged. With tax revenues set to fall further as cars continue to get cleaner, the chancellor Philip Hammond has deemed the situation ‘unsustainable’. http://www.kentlive.news/everything-you-need-to-know-about-the-changes-to-car-tax/story-30146184-detail/story.html

Leaving aside zero-carbon emitters such as electric and hydrogen cars, all other vehicles will have to pay £140 a year as a base rate. For those that cost more than £40,000 though regardless of emissions, a new fee will apply of £310 every year for five years. After these 5 years are up, the £310 is removed and the tax rate will return to £140. However if these £40,000 plus vehicles do not give off any emissions, they will be free of the £140 constant tax.

It’s also worth knowing that the changes won’t apply to your current car, as long as it was registered before 1st April 2017.

For the majority of road users though, the rate of VED you’ll pay will be set via a series of ‘CO2 bands’, with the amount of tax owed dependent on the level of emissions. Similar to the methods applied to trucks and lorries https://chrishodgetrucks.co.uk/useful-info/trucks-ved-rates.htm currently and based on the principle of ‘the more you pollute the more you will pay’. For example a vehicle emitting 111-130g/km of carbon dioxide will have to pay £160, and a vehicle within the 131-150g/km bracket will have to pay £200 a year-on top of the ever-present £140 mentioned earlier. At maximum, the heaviest polluters which are anything above 255g/km will incur a massive £2000 fee initially, but only as part of the additional rate for the first five years.

Vehicles purchased from 1st April onwards will also be divided into one of four categories; these are M, M1, M1SP and M1G. Category M is your standard 4 wheeled vehicle designed for people transport, M1 is for larger vehicles but with no more than 8 seats, M1SP refers to special purpose vehicles such as ambulances and caravans and M1G is the category for specialised off-road vehicles such as tractors. Regardless of category however, the new charges will still apply.

There is a school of thought that believes the decision to make the vehicle excise duty changes were motivated by a concern for the environment, to encourage the purchase of vehicles that are comparably less harmful to our quality of air. There’s been the long-standing issue of fuel efficiency in regards to HGV’S in particular, so perhaps this is a move aimed at making the operators of commercial vehicles think twice before investing in such major sources of carbon pollutant gases. The Government has long been keen for commercial fleet owners to take more of an interest in reducing their carbon footprint, so by incentivising the purchase of electric vehicles for both commercial companies and individuals, perhaps all will be persuaded to make the transition. https://www.trucklocator.co.uk/hub/truck-fuel-efficiency-guide/

My thanks for both the idea and a major contribution in compiling this Blog goes to Justin Fox, Junior SEO Executive at Distinctly in Hertfordshire.

Basis period explained
Entrepreneurs’ Relief: When is zero not a number?
What Can you claim Income Tax Relief on