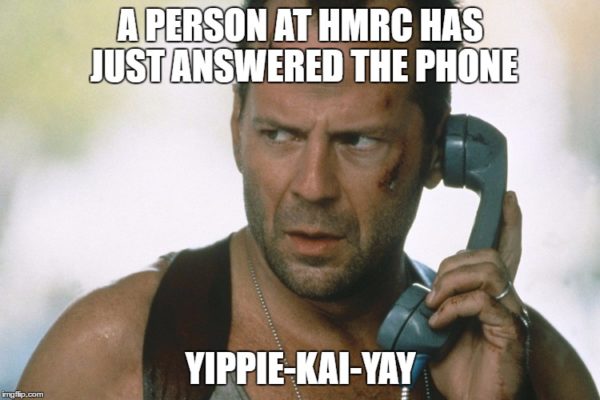 HM Revenue & Customs plans to move most services for the public online, as part of their ‘Making Tax Digital’ campaign, could lead to another potentially disastrous decline in customer service, MPs have warned.

HMRC plans to cut its customer service staff by around a third as they anticipate more and more people to access the services digitally and claim that the average wait to speak to a customer services officer is now five minutes. However, my experience and that of my clients, is that whilst you may get through to an operator reasonably quickly (the 5 minutes Claim!) you then tend to sit on hold for a further 10 to 15 minutes, before being put through to someone who will actually discuss your query.

The new report by Commons Public Accounts Committee says it is not convinced, that given the tax authority’s past woeful record that they will not repeat the collapse of 2014-15, when average call waiting times tripled.

The MP’s report also shows that HMRC, which has to save £98m by 2021, expects to employ 16% fewer staff and close 137 offices; with those remaining largely working in 13 regional centres.

The tax authority is aiming to make most processes automated and have more staff focusing on specialist work to crack down on tax avoidance and evasion. HMRC is predicting that, as it introduces more online services, a sea-change shift will occur resulting in a reduction in the demand for phone calls as more people will be able to meet their needs through online services.

But the PAC committee noted the “collapse” of customer services in 2014-15 directly following the redundancies of 5,600 staff and highlighted that during an 18-month period, call waiting times more than tripled, with some customers being kept on hold for up to an hour.

The MPs said there was an “enormous challenge” ahead for HMRC, while it also restructures its business, relocates many of its staff and moves to a new IT contract. Having already lost their chief digital and information officer, any more departures of key staff would be damaging, they warned.

Does HMRC have a credible plan?

The committee said: “HMRC is staking a great deal on the success of its plans to digitise the tax system, but once again it lacks an adequate plan if demand for its call centres does not reduce as quickly as it hopes.”

Committee chairwoman Meg Hillier said: “The lack of a convincing fall-back plan to safeguard service as HMRC undergoes significant change remains a looming threat to its ability to collect tax from individuals simply trying to pay their fair share.

Meg Hiller concluded by commenting; “Given the debacle in 2014 after 5,600 redundancies, I am extremely dubious that HMRC’s plans to shed another 10,000 staff without a significant drop in its level of customer service, can be realistically achieved.”

“By the spring we will expect to see evidence that HMRC has agreed measures with the Treasury to ensure it is not left playing catch-up at taxpayers’ expense.”

The committee also restated its concern about the “cut first, think later” attitude which has plunged many tax credit claimants into humiliating hardship and debt, largely caused by HMRC’s failed contract with private firm Concentrix in which fraud and errors proliferated.

This was taken up by the Work and Pensions Select Committee who also criticised HMRC and Concentrix for decision-making that was “stacked against claimants”.

The committee found that 90% of moves to remove benefits were overturned on first appeal and condemned HMRC and Concentrix for “a gross failure of customer service”. HMRC said tax credit error and fraud checks would remain in-house in future.

Mark Serwotka, general secretary of the Public and Commercial Services union, said the report showed staff cuts had damaged services and there was now an “overwhelming case” for HMRC to stop plans to “close 90% of its UK offices and axe thousands more employees”.

HMRC Surcharges, Pick up the phone!
HMRC fails to claw back child benefit
A randy hamster and 10 other Late Tax Return Excuses