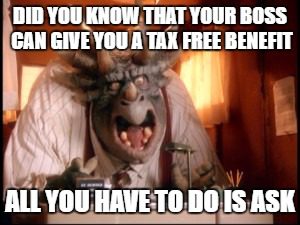 After the recent Finance Act was published, the explanatory notes provided guidance on the new trivial benefits exemption. It’s very easy for Chinese whispers to generate considerable misunderstanding of what we can and cannot do under the new legislation, but on this occasion the HMRC guidance is actually quite helpful as it goes into considerable detail and includes a number of examples.

The basic rule is that an employer can now provide trivial benefits such as a bouquet of flowers, a box of chocolates, a meal out, without having to put it on the P11D and without any Income Tax or National Insurance for either the employer or the employee. The employer will also be entitled to claim income tax or corporation tax relief on the cost.

The examples given in the HMRC draft guidance are, for the most part, sensible and helpful so here’s a selection:

Employer A takes a group of employees out for a meal to celebrate a number of birthdays. Five employees attend the meal at a total cost to employer A of £240. Individual employees make different menu and drink selections, but rather than undertake a detailed analysis of the bill you put down the cost per head as £48, as an average. The benefit of the meal can be covered by the exemption since the cost for each individual does not exceed the trivial benefit financial limit.

The CEO of Company B pops into M&S every so often and buys four £30 bottles of champagne to give to each of his employees. If he takes them into the office and says “Hey guys – we’re hitting sales numbers on the 2016 campaign so here’s a bottle of champagne”. That would be a reward for services and so would be taxable and liable to NIC. However, if he were to say “The sun is out, the sky is blue – I’m in a good mood and this is for you!” – then the champagne would be a trivial benefit.

Company C gives a bottle of vintage port, each costing £30, to a director, to his wife who is a former director, and to their daughter on their birthdays. The daughter is not an employee or office holder of Company C, so the cost of her bottle of wine is apportioned between her father (a current director) and her mother (a former director). In respect of the daughter’s gift, £15 is allocated against the father’s annual exempt amount. The balance is allocated against the mother’s annual exempt amount under the amended employer-financed retirement benefits regulations.

Say I’m a director and plan to use the company credit card to buy 12 gift cards with £50 credit on each of them. Over the next few months I will occasionally give one of these to myself and one to my wife (who is also a director of the company). These gift cards cannot be exchanged for cash.

The legislation does not impose a limit on the number of trivial benefits that an employer can provide. In fact based on the different examples given in the guidance an employee could potentially clock up £12,500 a year of tax free benefits. However whilst in theory this would work, as the employee would have to receive a £50 benefit on each of 250 working days in the year, it’s likely that HMRC would view this as ‘extracting the urine’ and if so, this clever little ploy may fall foul of the reward for services rule.

Trivial Benefits: What is not allowed?

Based on the HMRC Guidance document, here are the main examples given of what is not allowed under the exemption:

The above gives the main areas where the exemption does not apply, but it is not exhaustive and basic common sense should be your guide and if you don’t possess this, give me a call!