Are the Self-employed really earning less?

Bishop: “I’m afraid you’ve got a bad egg, Mr Jones”;
Curate: “Oh, no, my Lord, I assure you that parts of it are excellent!”

Average wages for the self-employed are lower than in 1994-95, according to The Resolution Foundation.

The independent British think tank that has the stated aim of improving the standard of living of low and middle-income families has just published its latest report into the self-employed and its conclusions are similar to the curate’s egg; concluding that being self-employed is partly bad, but partly good.

Their main conclusion is that whilst the numbers of the UK’s self-employed workforce had grown by 45% since 2001-02, almost five million UK workers in fact or about one in seven workers and a record high, their weekly earnings had fallen by an average of £60, after you adjust for wage inflation; but amazingly perhaps, they are generally happier than PAYE employees.

Why have Self Employed earnings gone down?

The Foundation says there are two main culprits, firstly the significant rise of lower paid jobs and secondly the lingering effects of the financial crisis, which has reduced pay rates. The report comes as a ruling on a closely watched case on pay for self-employed drivers for Uber is expected.

Adam Corlett, economic analyst at the Foundation, said that. “The areas of self-employment that have suffered most are construction workers, hairdressers, taxi drivers, tutors and IT consultants; but while the self-employed workforce is getting bigger, typical earnings are actually lower than they were 20 years ago,”

The National Living Wage gave around one million workers on PAYE a pay rise last year; it would have been a higher number but for many firms changing their employees status to self-employed to avoid their wages bill rising ,with this being most prevalent in the fast growing courier and parcel delivery sector.

The second factor is the significant growth in the East European workers in the UK who are prepared to work for what most Brits would call a pittance, but with average wages in their home counties much lower.

Are some companies taking advantage of self-employed staff?

Anecdotally it would appear so, with several high profile cases in the news in recent months.

Taxi app firm Uber which has more than 40,000 drivers in the UK, all self-employed, is awaiting the outcome of an tribunal after the GMB union took them to a London employment tribunal to rule on whether Uber drivers are genuinely “self-employed”, arguing that the drivers’ contracts amounted to ‘contrived self-employment’ and that Uber were acting unlawfully by not paying holiday or sick pay; and in many cases drivers were not earning the National Living Wage.

Meanwhile, takeaway delivery firm Deliveroo faced protests in August after saying that from 1st September it would switch its drivers from being paid pay on an hourly basis, to changing their status to self-employed and paying them per delivery. The firm, which was also criticised by the Department for Business, soon backtracked and made the scheme optional.

Are all the self-employed suffering?

The quick answer is no, in the majority of cases they’re happy with their lot.

Most surveys show that overall self-employed individuals are happier with their work than employees. The majority of the SE workforce, like the flexibility of when they work, especially second earners who are pursuing something they enjoy.

In my experience, SE construction workers and HGV drivers have seen sharp rises recently in their hourly/day rates due to the national skills shortage in this area, as have many hairdressers and sales consultants.

So what is the truth?

Adam Corlett commented that, “For many people, self-employment brings a freedom that no employer can provide. But the growth of low pay and short hours, 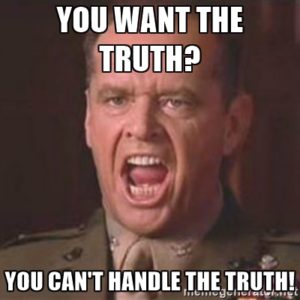 along with a summer of protest about conditions, means that it’s no surprise some workers in the ‘gig economy’ feel that self-employment is just a positive spin on precarious work.”

The Social Market Foundation has said that around 20% of families with self-employed workers were claiming government benefits, especially tax credits, to top up their incomes. There is however a cloud on the horizon, as when these are replaced by Universal Credit, a considerable number of them will be worse off. The likely drop in benefits is because the amount they can claim will be based on the government’s assumption that they are earning the equivalent of an employee on the national living wage.

In my experience the level of earnings amongst the self-employed not only varies widely but is also cyclical. Take the building profession for example; in 2007 a typical semi-skilled construction worker would be on a day rate of £150 or around £35k per annum. However post banking crisis with building work slowing down dramatically, many were on as low as £75 per day.

I’m not saying that the Resolution Foundation’s findings, based on the tax year ending April 2015 are wrong, but the market place is now very fluid and in the case of builders, many have got back to and in some cases exceeded the 2007 pay rates.

So before publishing this Blog I conducted a mini-survey of self-employed clients who, if you divided the hours they worked into their annual Net Profit, would be earning less than the national living wage. The key question I asked was would you willingly go back into PAYE employment. Of the two dozen or so individuals I asked from a variety of professions, only one said yes. Which brings us neatly back to the curate’s egg!