Falling Pound: Good, Bad or Ugly for the British Economy? 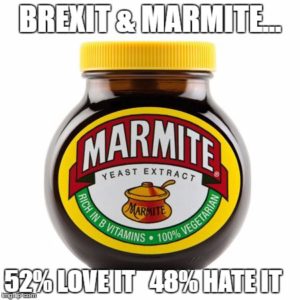 The increasing numbers of foreign tourists may be enjoying their ever cheaper holidays, but the British public could soon be feeling increasing pain.

In the couple of months after the Brexit vote on 23rd June, the pound fell around 11%, which was pretty much what most economists expected and most felt that the pound was over-valued by around 10%. The initial drop was because no-one had any real idea what Brexit would actually mean for the UK economy, so the assumption was it wouldn’t be good.

Until very recently, the economy stayed in pretty good shape, with the fears of a post-Brexit recession receding and the pound improved a little, but now it’s falling again. In the last few days it has plummeted to its lowest level in over 30 years, with some British tourists getting less than a Euro to the pound.

Why has the pound fallen happened?

This is largely because Theresa May, has announced that the UK will give formal notification of leaving the EU next March and her speeches at the Conservative party conference have been interpreted as the UK are going for a Hard Brexit. This interpretation has been reinforced by some negative statements from European leaders and has had a knock-on effect on the markets, which are in a depressed mood.

A so-called “flash crash” recently pulled the pound down at one point to $1.18 and though it has recovered to $1.22, the pound is in a battered state. With several big businesses, such as Nissan in Sunderland, placing a moratorium on investing in the UK until the position on access to the EU free trade area is clearer, the roller coaster ride for sterling looks likely to continue.

Who wins when the pound falls?

Foreign visitors are the big winners, tourism shot up in the summer post-Brexit sterling drop and if future bookings are a guide, this looks likely to continue. Most UK tourist attractions together with restaurants and hotels have also benefited.

Other winners are individuals and companies with UK assets to sell, such as a house or a company. Foreign buyers may never get a better opportunity. Exports have become much more competitive and are rising and the big FTSE100 companies than receive a lot of their profits in foreign earnings are smiling broadly, hence the rise in the stock market.

Who loses when the pound falls?

The big losers are Brits going abroad; holidays in the USA and Europe were already pretty expensive and will be more so now, making the idea of holidaying in the UK more tempting, which should give a boost for the declining seaside resorts and attractions.

Motorists face a hike in forecourt prices because the UK is a net oil importer and the price of is rising. This will also push up the price of deliveries and fuel supermarket inflation; which is facing a double-whammy because we import most of the consumer goods we buy and the food we eat.

Could the pound fall any further?

Absolutely, it is entirely possible that the pound will fall even further, especially if Brexit talks look like they’re stagnating with the EU playing hardball. The markets and big businesses alike, hate uncertainty. The government doesn’t know how Brexit will turn out, nor does the Bank of England, the market, companies, shareholders and even good old Joe public. No-one knows and this uncertainty is fuelling fears that the UK economy will slide into recession and sterling suffers as a result.

Let’s face it, nobody know whether or not Brexit will ultimately good or bad for the UK economy. The best we can say right now, is that Brexit is in the tray marked “Uncertain”, and until the probable shape of a deal with the EU emerges, the pound’s roller-coaster ride will continue.