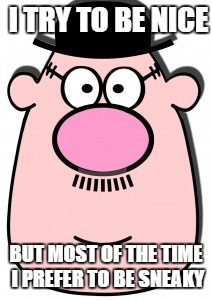 The Employment Allowance is designed to reduce the cost of class 1 NIC payable by the employer in respect of salaries of staff and directors. It was introduced as part of the National Insurance Act 2014, to provide an allowance to boost employment in small businesses.

However, a sneaky little separate regulation (SI 2016/344) was also brought in on 6th April 2016, which can potentially exclude a business from claiming the allowance, if it’s a one-man or woman limited company.

Clear as mud? No, well the legalese translates as: Where the only person employed by the company is also a director of the company, that company can’t claim the employment allowance. That is the only condition stated in the regulation.

There is absolutely no mention in regulation 2016/344 of conditions relating to a second or subsequent earner employed by the company, but unfortunately that is not how HMRC have interpreted it.

The HMRC guidance for single director companies specifies an additional employee test, which is not mentioned anywhere in the regulations. According to the HMRC interpretation, the second employee of the company must earn above the secondary threshold for NIC; in other words a minimum of £156 per week for 2016/17.

I have searched for new regulations which include this condition for a minimum level of earnings for a second employee, but they are nowhere to be found. I can only conclude that HMRC have made up this minimum wage condition to discourage micro-companies from employing a member of the family for a few hours to break the “one employee” condition in SI 2016/ 344.

In case you are wondering whether the definition of “secondary contributor” hides a condition to pay a positive amount of secondary NICs (ie on wages above the secondary threshold), I can tell you, it does not. The Secondary contributor is defined in SSCBA 1992 s 7 as: in relation to any payment of earnings to or for the benefit of an employed earner under a contact or service – his employer. An employed earner is a person gainfully employed in Great Britain under a contract of service, or in an office, with earnings (SSCBA 1992, s 2).

Thus the employer is the secondary contributor in relation to any payment of wages, however small.

It appears that HMRC have read far more into the regulations than is in the letter of the law, and as a result they are imposing conditions by guidance rather than by regulation. In the opinion of all the accountancy bodies, if a single–person company wants to continue to qualify for the employment allowance in 2016/17 the only requirement it has to meet is that it must employ two or more earners for at least one period in the year (which may be as short as a day or week)

I have just heard that the PAC committee have requested that HMRC correct their guidance to accurately reflect the regulations as passed by Parliament.

So fingers crossed that they do so without dragging their heels; and when they do, I hope that the high-ranking HMRC chair polishers, who thought up this sneaky little plan, have a big box of tissues for their collective bloody nose.