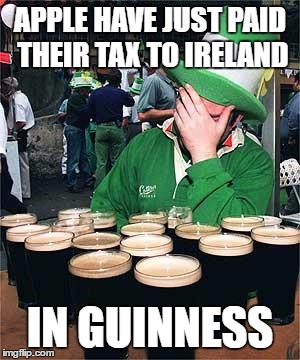 Their eagerly awaited report stunned everyone, especially Apple, when they ruled that Ireland had granted illegal tax benefits of €13bn to the multinational tech company.

Before the figure was released, most economists and tax experts had predicted that the commission would order the giant multi-national to pay around €200m in back taxes, which Apple would probably have swallowed, albeit reluctantly. However the final figure dwarfed this confident prediction.

The Irish government’s experts were convinced that the EU’s expected ruling would be on transfer pricing, with an estimated average of around €20m a year in back taxes over the last 10 years; however the EU ended up calculating its sums on the relationship between the parent companies and the Irish branches.

The European Commission declared that it is illegal under state aid rules for member states to give tax benefits to selected companies, with European Commissioner Margrethe Vestager stating: “The commission’s investigation concluded that Ireland granted illegal tax benefits to Apple, which enabled it to pay substantially less tax than other businesses over many years.”

The Irish government after several days of dithering has issued a statement confirming that they would appeal the decision, despite growing public support for them, to ‘Take the money’, with opposition Sinn Féin MP’s pointing out that the €13bn would pay for Ireland’s National Health for a year. Taoiseach Enda Kenny, defended his government’s position by pointing out the Apple had created thousands of jobs in the Republic.

Apple meanwhile has released a statement defending its tax stance and emphasising its rich Irish history. Apple said it opened its first European operation in Cork at a time of high unemployment and extremely low economic investment.

In the open letter Apple’s CEO Tim Cook claimed the Commission is trying to “rewrite Apple’s history in Europe” and is ignoring Ireland’s tax laws. “We never asked for, nor did we receive, any special deals,” he said. “We now find ourselves in the unusual position of being ordered to retroactively pay additional taxes to a government that says we don’t owe them anymore than we’ve already paid.”

Cook said Apple’s research and development takes place in California, so the majority of its profits are taxed in the United States. He added: “The Commission’s move is unprecedented and it has serious, wide-reaching implications. It is effectively proposing to replace Irish tax laws with a view of what the Commission thinks the law should have been and we will appeal.”

Reaction in Washington and Silicon Valley

Most independent observers are speculating on whether or not the EU Commission will hold its nerve, partly because of a lack of resources to enforce the ruling, but largely because of the aggressive responses it’s received from national governments.

Most of the US based multi-national tech companies, have been applying pressure on the governments of the European countries they operate in, with the Dutch and Luxembourg governments being heavily lobbied.

Heather Self, tax partner at Pinsent Masons, also wonders whether the commission will take a step back, “I think what Ireland objects to and what the US objects to is that this is going back 10 years and it is undermining the certainty companies need to make investments,” she said.

She continued: “The particular point the EU have focused on here is that they’ve said the Advanced Pricing Arrangements (APAs) that Ireland agreed to did not accord with economic reality and that profits were not taxed anywhere. In the past when companies had got rulings they’ve quite often only presented the picture to one tax authority. But now with country-by-country reporting and automatic sharing of rulings you’re going to have to look at more of a global picture.”

Aisling Donohue, tax partner at MG partners, expects the Irish Revenue to be entangled in a court battle with the European commission for at least 15 years, pointing to a recent state aid case Ireland engaged in with a mineral oil company. Ireland lost this case after 16 years of fighting.

This will likely become a “political nightmare” for the Irish government, who have an upcoming Budget where it was expected to make very modest tax cuts after years of austerity, and they are now going to have to do that while saying they do not want to accept tens of billions, says Donohue.

Will BEPS come into play? 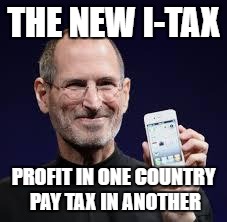 What this is all about is called BEPS (Base erosion profit shifting), which can be summed up as a tax avoidance strategy used by multinational companies, wherein profits are shifted from jurisdictions that have high taxes (such as the US and a number of European countries) to jurisdictions that have very low taxes. BEPS is usually achieved through the use of “transfer mispricing” (contracting between subsidiaries in different jurisdictions at prices that are not arm’s length).

This is an ongoing initiative by the Organisation for Economic Co-operation and Development (OECD) and one that both Ireland and the US allegedly support but one that the US government has not yet signed up to.

So will be see a grubby little deal between Apple and the US treasury, with Apple admitting some mistakes in its “transfer mispricing” and getting a mild slap on the wrist with some extra tax being paid?

The Irish taxpayers could be the key, early reaction is hostile to their government rejecting the money, especially after years of austerity and high taxes, and the public’s anger is only likely to get worse.

Aisling Donohue commented: “This goes back to a nasty habit that Ireland has which is that they introduce very harsh tax laws for their own companies and then don’t apply them to multinationals.”

The present Irish government is a minority government and could easily be toppled by a wave of public anger because of their refusal to take €13bn off a multi-national. If Mr Kenny is forced to do an about-turn and take the money off Apple, then the floodgates could open on the other leading multi-national tax avoiders such as Google and Amazon.

We’ll just have to wait and see, but don’t hold your breath!

VAT Evader Trader
Inflation up, interest rates up, so what’s next?
UK Tax Questions Answered by Shrewsbury Accountant No. 35