HMRC Castigated for their unreasonable behaviour 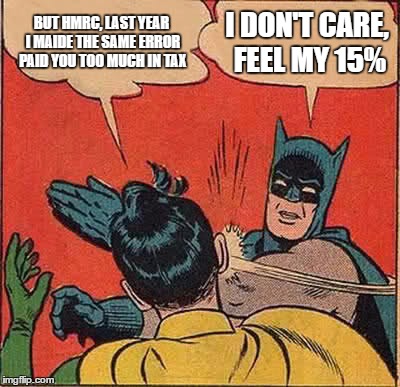 HMRC were dealt a salutary lesson last week from a Tax Tribunal, when their actions against a taxpayer with a previously unblemished record of compliant behaviour, were deemed unreasonable. So unreasonable in fact that they received just about the worst slap on the wrist from the Tribunal that’s possible.

The taxpayer, Paul Steady, had appealed HMRC’s refusal to suspend penalties for a careless error made on his 2013/14 tax return. Due to a bank error he had put the 2014/15 figure on the 2012/13 return, and his accountant hadn’t noticed.

The picture painted for the tribunal showed a taxpayer who over many years and dozens of Tax Returns had amply demonstrated that he always tried to be compliant. It was shown that following the end of each tax year, Mr Steady visited or telephoned the banks and building societies where he had savings accounts and requested certificates of the interest paid during the tax year just ended.

In May 2014, Mr Steady went into a branch of Lloyds Bank and asked for a certificate of the interest paid to him on his savings account for the previous year. However neither he nor his accountant noticed that the certificate that he was given in May 2014 was for interest paid in the current (that is 2014-15) tax year, and not 2013-14.

But the mistakes weren’t all one way as it was also discovered that this had happened in the previous tax year but although he had declared the wrong amount of tax in that year, it was an over declaration (not an under declaration), and Mr Steady was due a tax refund for that year.

HMRC charged a 15% “prompted” careless error penalty for the 2013-14 return. As a result neither Mr Steady nor his accountants appealed to the Tribunal against the penalty, but they did contend that as a careless error, there was a strong case to have the penalty suspended.

Penalty suspension is a useful compliance tool for HMRC. It’s essentially used where there the taxpayer has a ‘systems’ problem which has led to careless error – correcting which should prevent the error occurring again in future.

In this case, Mr Steady’s accountants maintained that if he kept a detailed schedule of his investments, this would prevent the problem being repeated. Better recordkeeping was a suitable suspension condition, and in view of this, HMRC could grant suspension.

HMRC, however, refused to budge and said in court: “We cannot suspend any of this penalty. As the error arose through lack of care, no measurable suspension conditions can be set. There are no specific, time bound, measurable conditions that can be set to help you avoid careless inaccuracies in the future.”

A classic case of Catch 22 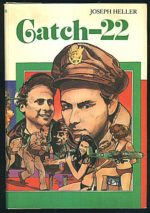 HMRC’s argument was that this particular suspension condition could not be applicable as a correct submission by Mr Steady, was only what HMRC would expect of a prudent taxpayer anyway.

So this gave rise to the Catch 22 scenario, because by imposing a penalty for careless error, HMRC had already argued the opposite, namely that Mr Steady wasn’t a ‘prudent taxpayer,’ but a careless one.

And it’s only in cases of careless error (where there is no suggestion of deliberate or concealed error) that suspension is possible.

This is where the Wednesbury test comes in. This test arises from an old court case, Associated Provincial Picture Houses Ltd. v Wednesbury Corporation.

In Mr Steady’s case, the Tribunal did not like what it was hearing, one bit. The chair of the Tribunal panel said:

“The fact that Mr Steady was careless does not mean that it is impossible to establish suspension conditions; to the contrary, it is only because he was careless that he may become entitled to have his penalty suspended.”

It found that HMRC’S logic in Steady’s case was ‘Wednesbury unreasonable.’

Tribunal agreed that suspension was appropriate in Mr Steady’s circumstances and set as a condition, the recordkeeping suggested by his accountant.

The chair said: “Keeping a schedule of investment income will help Mr Steady achieve the statutory objective that his tax returns should be free from errors caused by a failure to exercise reasonable care.”

The Tribunal’s criticism of HMRC didn’t stop with them finding them wrong under the Wednesbury test.

“To levy a penalty of £368.65 on a taxpayer who heretofore has had a good compliance record over many years, and then to refuse to consider suspension of those penalties, does not reflect well on HMRC or their attitude to taxpayers in general.”

The Tribunal went even further and commented that in this matter, the taxpayer had not appealed the penalty, but said that if he had appealed, they would have considered that he had a strong case that his behaviour was not careless and would have expected HMRC to have cancelled it.
They went on to severely castigate HMRC for wasting the Court’s time by pursuing a matter, that should never have been brought in the first case.

Isn’t it nice when the little guy wins one for a change?