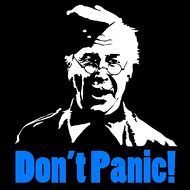 Now that a week has passed since the Leave victory on 23rd June, the probable short, medium and longer-term tax implications of the UK’s break with the European Union, are becoming a little clearer.

In the first few days after the vote, politicians and civil servants have been desperately trying to regain control of a chaotic situation with no visible long-term plan in place and this is likely to continue for 3 months, until we have a new Prime Minister and Chancellor in place.

A large number of major policy consultations were put on ice during the referendum campaign and I suspect that given what’s happened, many of these policy documents may never see the light of day again.

We have been given a number of clues, following speeches by George Osborne and the Governor of the Bank of England, Mark Carney; so what is likely to happen?

The biggest question mark hangs over the long-awaited Making Tax Digital consultations; it had been intended to roll these out in the immediate aftermath of a remain vote. But with so much else to contend with in Whitehall, the initiative could well be put on hold for several months.

The 2016 Finance Bill is already running behind schedule and with a Conservative leadership election on the offing, it is very possible the Finance Act may not get passed as planned in early October and equally possible that the government will effectively replace it with a new Finance Bill following the likelihood of an emergency Budget.

However, bear in mind that the referendum has already held up 40 pieces of tax legislation which will now be reactivated, with most of these coming into force between late 2016 and April 2017.

During the referendum campaign, the Chancellor collaborated with former chancellor Alastair Darling, on a ‘Post-Brexit illustrative Budget’ that anticipated £15bn of tax rises and £15bn in spending cuts.

If the emergency Budget follows this path, it will most likely crack the triple tax lock with rises in Income Tax and National Insurance. The measures outlined in the Remain campaign Budget included a 2p rise in the basic rate of income tax, a 3p rise in the higher rate, and a 5% inheritance tax rate to 45p.

To keep companies in the UK who are tempted to leave, the rate of corporation tax will almost certainly not be increased and indeed they may go further and bring forward the planned cut from 20% to 18%, as early as next April to further shore up confidence.

What is most likely is that any potential changes to in the tax system will be linked to coincide with the formal date of exit from the EU.

It is also worth remembering that two key principles guide the application of taxes within the UK:

Firstly direct taxes, such as Income Tax and Capital Gains Tax, these are imposed by UK law and we have  great flexibility in the rates of tax and how they’re implemented, but they must be operated in accordance with EU law.

Secondly indirect taxes, especially VAT, which is both imposed and operated in strict accordance with EU law and the UK government has virtually no wiggle room on how it’s implemented.

The process of divorce the UK from the EU (under article 50) is likely to start in late 2016 and take two years, despite the hurry-up noises coming from Jean-Claude Juncker, President of the European Commission.

During this two year period of negotiations, taxes and regulations tied to European law, VAT being the most obvious example, won’t change.

A change on VAT on domestic fuel was promised by the Leave side, but it’s unlikely to happen as VAT has been proven to be a very efficient tax to collect and raises £115bn a year for the UK government.

Ultimately the VAT rate could even go up, or more likely be extended to areas currently zero rated such as books, newspapers and children’s clothes,  as it is relatively easy to implement any changes.

ICAS director of taxation Charlotte Barbour said this week: “One of the key European taxes is VAT and this collects an enormous amount of revenue. It is difficult to see how this could be radically changed in the short term. In the longer term, of course, there will be no need for referrals to the European Court on VAT matters so in time this tax is likely to become a more distinct and bespoke tax in the UK.”

VAT specialist Rhona Graham said the first casualty may be a proposed change in VAT rate from 1 August 2016 on installation of solar panels and other energy-saving things. A CJEU ruling had required that UK put up the VAT rate from 5% to 20% on such supplies, but this change is not in Finance Bill 2016, so may not now happen.

VAT is likely to become more political without the restriction of EU rules, so changes may be introduced in response to pressure groups. This could introduce more complexity to the system rather than simplicity.

Additionally, the UK will be free to extend the scope of zero rating and exemptions from VAT without the fear of a referral to CJEU.

The VATMOSS system enables a business to register in one EU Member State for the purpose of declaring all of the VAT collected on their digital service supplies during each quarter and will continue to apply to UK businesses selling digital services into EU, but UK businesses will be on a non-EU basis, so the operation of VAT-MOSS is are likely to be more difficult for UK small businesses.

The tour operators margin scheme (TOMS) will not be so easy for UK businesses to operate.

Intrastat returns will cease to apply at the point UK leaves the EU; all sales into and from EU countries will be exports and imports, not intra-EU movements, and will be subject to a different VAT treatment; and VAT on expenses incurred in other EU countries may be more difficult to recover.

EU state aid rules will no longer apply, which could be good news for the 11,000 Tata Steel employees in Port Talbot, Wales