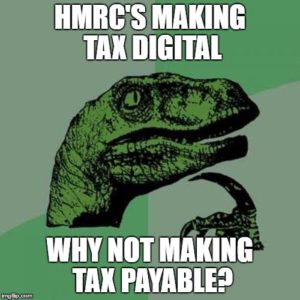 HMRC badly misjudged the cumulative impact of its complex digital transition and released far too many customer service staff before completing service changes, the National Audit Office (NAO) has said in a damming new report.

In a highly critical statement, the NAO said “the quality of service provided by HMRC for personal taxpayers collapsed in 2014-15 and the first seven months of 2015-16 when average call waiting times tripled”. The NAO also published statistics that show that in 2015 the average waiting time was a dreadful 43 minutes. The NAO commented that this appalling average did not take into account the number of callers who were cut off while they were waiting, which happened to approximately one in three callers.

The NAO said, “Whether or not the improvement in services is sustainable depends very much on HMRC achieving successful outcomes from its programme to make tax digital”.

HMRC plugged the gap in call handling resources by reassigning staff from other areas to its call centres. However, the NAO commented that this caused major issues elsewhere as HMRC had to defer essential work to maintain PAYE records.

“The stock of outstanding discrepancies in tax records requiring investigation rose from 2.4 million (March 2014) to 4.6 million (March 2015). Of these items, 3.2 million were high priority cases, carrying a risk that employees will have paid the wrong amount of tax.”

“It is unacceptable that so many people now risk paying too much tax because cutbacks at HMRC mean that items such tax codes have not been checked,” said John Cullinane, The Chartered Institute of Taxation’s tax policy director. “It is difficult to see how further cuts to HMRC staffing levels can be justified while this size of backlog on anything like this scale remains.”

HMRC had expected to counteract the steep decrease in service staff by increased automation and flexible procedures, to enable staff to move between different services. They also anticipated moving the majority of taxpayers from traditional channels to less expensive contact through the expansion of digital services.

“All well and good, but demand for telephone advice did not fall,” said the NAO. “HMRC’s overall strategy, of using digitally enabled information to improve efficiency and deliver service in new ways make sense to the NAO. But this does not change the fact that they got their timing badly wrong in 2014, letting significant numbers of call handling staff go before their new approach was working reliably. This led to a collapse in service quality and forced a rapid expansion of headcount,” said Amyas Morse, head of the NAO.

In its report, the NAO warned HMRC to learn its lessons as the tax authority continues its digital metamorphosis. “HMRC needs to move forward carefully and get their strategy back on track while maintaining, and hopefully improving, service standards,” said Morse.

The NAO report also sternly warned: “HMRC’s transformation will be complex, and more radical than previous change programmes, and that HMRC will need to balance ambition with realism about its critical assumptions and contingency planning. We consider implementation problems making tax digital are inevitable and HMRC will need commitment and resilience to deliver its vision.”

Reacting to the report, The CIOT’s Cullinane said, “This report sets out starkly what happens when Government makes over-ambitious assumptions about the speed with which savings from digitalisation can be realised and cuts staff prematurely. There is a lesson here for HMRC’s future digitalisation plans. Making Tax Digital promises significant potential benefits, but HMRC’s resources should not be cut further in anticipation of this before the cost-savings that digitalisation promises are actually being delivered.”

Holiday Pay Rules: a hot issue
All bets are off with HMRC
UK’s small retailers facing a fight for survival