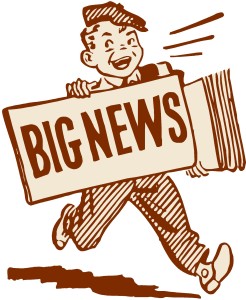 Due to changes to stamp duty rules on 6th April 2016, homeowners with self-contained accommodation designed to house elderly relations faced the prospect of their ‘granny flat’ annexes being classed as a second property and therefore subject to the higher rate of SDLP (Stamp Duty Land Tax) which attracts a 3% surcharge

This stamp duty surcharge was intended to hit buy-to-let investors and people with second homes, but the effect was to drag in thousands of families looking after elderly relations.

However in a surprise announcement on the floor of the House of Commons recently, David Gauke, the Financial Secretary to the Treasury, said the Government were now dropping the plans and would table a fresh amendment to the 2016 Finance Act, ensuring that granny flats will now be exempt from stamp duty.

The employment allowance is designed to reduce the cost of Class 1 NIC payable by the employer in respect of salaries of staff and business owners and was increased on 6th April 2016 from £2,000 to £3,000 per year, which is good news for all qualifying employers.

This strikes me as rather petty and shows once again, HMRC’s strong bias against PSC’s.

Unbelievable but true, there appears to have been an outbreak of common sense at HMRC over CIS deductions.

In the bad old days, any significant difference (even a couple of hundred pounds) between deductions stated as suffered by a sub-contractor, and those shown on HMRC’s records as relating to that business, would result in HMRC asking for large quantities of back-up evidence. This would delay the repayment process as the business owner had to spend ages compiling and copying; deduction certificates, bank statements, paying-in slips, original invoices or applications for payment, all to quantify the difference which HMRC had found.

But HMRC wouldn’t issue the full list they held of all the CIS deductions, citing legal restrictions. So the business or accountant had to supply evidence of all CIS deductions in the year, to identify just one missing payment.

HMRC have now agreed that once a claim has been received by them and they find a discrepancy, they will issue the employer/agent with a list of CIS deductions for the year as held on CISR, including the month, contractor name, gross amount and deduction to speed the process up.

And it gets even better! If a business owes a net amount of CIS, this can now be offset against other tax due including PAYE, NIC and even VAT.

HMRC appears to be ignoring verdicts of tax tribunals, with regard to the VAT flat rate scheme and causing small businesses to pay a higher rate of tax than required.

It’s largely down to the scheme’s guidance notes and although there are 51 different business categories, ranging from accountancy to wholesaling, as the flat rate percentages range from 4% to 14.5%, getting it wrong can be potentially costly.

Small businesses unable to choose a category from those on offer are being forced to choose from the list, rather than pick the ‘business services not listed elsewhere’ category; which beggars the question why have this category at all! 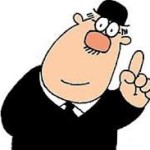 One more piece of news

As a result of a number of flat rate VAT cases which went in favour of the taxpayer in 2014, the tribunal judges advised HMRC to review its guidelines. However recently, HMRC seem to view businesses using the scheme as ‘easy pickings’, despite the judges advice, they have not changed their guidelines and have now started issuing retrospective tax assessments, because they deemed the original choice of sector to be unreasonable.

The ABAB (Administrative Burdens Advisory Board) has released the results of its “Tell ABAB” facility which received several thousand responses from business owners and accountants. The ABAB is an independent board with a remit to bring a business perspective to HMRC’s work – and boy oh boy, is that needed.

The results show that communicating with the taxman remains the biggest bugbear; but the report also identified two initiatives HMRC is implementing to ameliorate the poor service levels. First, is a change of service philosophy to something HMRC is calling “The once & done project”. This has been developed to deliver process changes that allow Call Handlers to deal with more the first time around, reducing the need for you to write to HMRC, for HMRC to write to you, and for HMRC to ‘hand off’ questions between its own staff.

Secondly, HMRC will now also implement a “phone first” policy, too. Phone First will allow HMRC staff members to phone you for clarification or additional information regarding the correspondence subject.