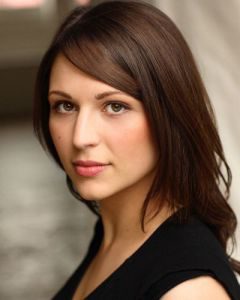 Nicola Thorp has been all over the news recently, having been sent home from her temp job as a receptionist after refusing to wear shoes with 4 inch heels.

Once the proverbial had hit the fan and her online petition had attracted 110,000 signatures in the first two days alone, her employers Portico did a bit of navel gazing and lo and behold Simon Pratt, the managing director, has now announced a change in company policy. “All our female colleagues can wear plain flat shoes or plain court shoes as they prefer,” he said.

So, you now know that you can’t force women to wear high heels. I don’t know what the lady was in fact wearing, but I would have thought that any smart shoe would have been acceptable to most employers and as the lady had to be on her feet all day, Portico’s attitude was clearly unreasonable.

This got me thinking, most offices have a ‘smart work attire’ policy, which in practice means that men must wear a shirt, trousers, smart shoes, a tie and usually a jacket. This has been the dress code at every office I have worked in and whilst there has been some relaxation of the ‘wear your jacket at all times’ rule the rest have been strictly enforced (woe betide anyone who takes their tie of, What do you mean it’s 30 degrees in the shade!).

So every day I put on the same black trousers, the same black shoes and then I allow myself a bit of personal expression by choosing a shirt (nothing too garish or too bright) and a tie which has to complement the shirt and can’t have pictures of cute animals or cartoon characters on. (And before the readers who know me start rushing to send me an email, yes since I have begun to semi-retire I do often relax the tie rule).

Most men accept then in a professional environment, whether in be in a government office or in the private sector, you can’t have people coming to work in their jeans, t-shirts and scruffy trainers. No argument there then! But when we turn to the accepted the dress code for the women, it most offices in means in practice less ‘smart work attire’, more ‘wear what the hell you like’.

I’m a big advocate of getting rid of petty rules and exercising commonsense and clothing is no different. I would not think of insisting that my female staff wear business suits and black court shoes, but where do you draw the line?

Can you restrict how much flesh a woman displays or at which point sandals stop being smart casual and become beachwear? It’s a nightmare. I’ve been engaged in an on-going long-running battle with our Office Manager Lucy, who is an intelligent and attractive lady, who’s been with me for over 10 years.

Most days Lucy’s dress is standard smart office wear, but every couple of weeks or so she pushes the boundaries. It’s being going on for so many years it’s turned into a bit of a game where Lucy sets the rules. I’m sure she just wakes up with a devilment in her and decides that today she’ll try to wind me up to see if I’ll bite.

So we’ve had days when you’re left in no doubt what colour underwear she’s wearing or is she wearing jeans (not allowed) or those tight-fitting stretch pants for women, styled to resemble a pair of denim jeans, called jeggings.

And shoes are also a nightmare; flats, heels, sandals and even dolly shoes are okay but trainers? When Lucy turned up in trainers one morning, she claimed they were the height of fashion, but when I objected she decided to walk around barefoot all day, I just can’t win!

I wish I was exaggerating, but every place I have ever worked has had the same odd ‘men must bake in their suits/women just wear what you like’ code. I’m not angry nor do I really mind but as a member of the ‘Grumpy Old Men’s Club’, it does seem a tad unfair on us blokes.

I’ll finish by reproducing the published dress code for a company called Lendio, which I believe pretty well sums up my attitude to the office dress code:

For example, most rational people agree that wearing T-shirts with obscenities or clothes with holes next to private body parts isn’t appropriate.

Lendio will continue with this loosely defined “Make Your Brain Use Good Judgment” dress code until employees abuse it and we’re forced to publish a bunch of restrictive, boring, stiff rules about what you can wear, how to groom yourself, and what type of hygiene to maintain.

So please, police yourselves and use good judgment so we don’t have to implement a dress code as a result of one individual’s bad judgment, which might lead to disgruntled peers having to visit a psychiatrist to get over their emotional pain and suffering.