New SDC Guidance: Is this the end of PSC’s? 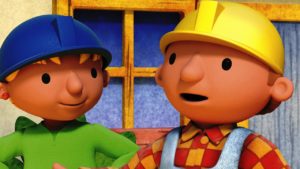 Tens of thousands of sub-contractors who operate through their own one-man or one-woman small limited companies, known as personal Service Companies or PSC’s, have been targeted by HMRC.

This is because the Treasury believes it is losing up to £500m of tax revenue each year, thanks to a legal tax avoidance loophole enjoyed by PSC’s, with the sole director’s usually being able to significantly cut their Income Tax and National Insurance contributions. They operate by taking a modest wage, plus dividends from the company on which Corporation Tax of 20% has been paid, which even with the impact of the Dividend Tax, they still save on Income Tax and NIC, with some even able to keep working tax credits because their ‘wage’ is under the threshold.

However, w.e.f from 6th April 2016 the test for employers/contractors to consider when deciding whether travel and subsistence expenses can be paid to the workers, is whether the person is subject to Supervision, Direction or Control (SDC) and HMRC are already changing their interpretation of the new test even though the Finance Bill 2016 is currently at the draft stage. HMRC is also consulting on whether the SDC test should be used for determining whether someone is within IR35.

HMRC has updated its published guidance advice on SDC, which I have to say makes pretty grim reading. The essence of the document is that everyone is subject to a right of SDC and there will be very few circumstances when this is not the case.

This new test of SDC sets the bar extremely high, but remember HMRC’s guidance is their interpretation of the rules, not the law. The definition of SDC needs to be tested and challenged at a Tax Tribunal so the correct boundaries can be found, because it is abundantly clear, when you read the guidance that HMRC will seldom accept that some form of SDC does not exist.

The guidance makes it clear that the onus of proof is on the taxpayer. HMRC have made it clear that they will assume there is the right of Supervision, Direction or Control unless you can prove otherwise.

HMRC will not accept signed waivers and generic statements about control which means the taxpayer is left with the near impossible task of proving a negative. How does one prove the employer/contractor doesn’t control how the work is provided? If you know the answer, I’d appreciate you letting me know.

I suspect most evidence provided to HMRC on this point won’t be satisfactory. Then HMRC will insist on carrying out an inquisition on the workers, or simply ignore the evidence, in which case the only resolution will be to take the matter to a Tax Tribunal.

The application of SDC

The HMRC guidance has really cast the net as wide as possible with regard to when SDC applies. In one example HMRC states that if a person checks the work that the worker is doing to make sure it meets a required standard, then that worker is subject to supervision.

Any person or business that is paying for a service will want to check the service is to a sufficient standard. It’s unlikely a judge in a tribunal concluding that this amounts to control, and I am of the firm belief that HMRC’s guidance goes too far in this respect. The case may be different if the engager is checking how the worker is undertaking the services, but not if it is only to ensure the services meet the standard being paid for.

HMRC also states on many occasions within the guidance that control incudes the power to move a person from job. This will be a nightmare for building contractors, as skilled sub-contractors are often moved from site to site to provide their services. Just moving a person to another job or site is merely controlling what work they do rather than the manner in which they actually do it.

In its guidance HMRC confirms that if there are procedures, method and instructions in place it is likely the SDC test will be met. It is important to note that health and safety procedures do not count as control, because they apply to all workers (employed or self-employed). Thus if health and safety is the only reason why such documents and procedures are in place it will not cause a problem (although may still be disputed by HMRC). 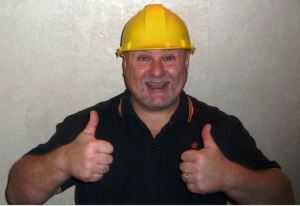 But will he be happy for long?

In contradiction to the above the HMRC guidance goes on to state that if the manner in which the work is governed by regulations or some other industry framework and standards there will be SDC, such as health care or teaching. This begs the question that if these are industry regulations they will also be applicable to all workers (employed and self-employed) and should therefore be no different to how HMRC treat health and safety regulations. The examples in the HMRC guidance are largely public sector industries which seem to be a focus of HMRC at the moment (as per the consultation on IR35).

Other factors to consider

HMRC has indicated it will look at factors beyond the manner in which the services are provided. The guidance sets out the example of a lecturer that is not subject to SDC because the worker decides what services he will provide, when and how. This is all well and good but having control over how the person works would have been sufficient on its own, control over what and when are not relevant. My concern is that HMRC will use this example to say you must be able to demonstrate a lack of SDC over what work is provided, when it is provided, where and how, rather than just ‘what’.

A major concern with the HMRC guidance is an example they provide of a house builder, in which the subbie is subject to site rules, is told what jobs need doing that day, and is shown plans and specifications. According to the new HMRC guidance this is sufficient for there to be SDC, in which case the construction industry has a huge problem.

This perfectly highlights that HMRC guidance is not legislation; it is only guidance and should be challenged.