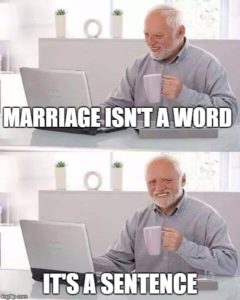 Here is our latest tranche of UK Tax Questions Answered Each question is from a Tax blog reader which will hopefully be relevant and of interest to you.

I split up from an abusive relationship 10 years ago and my Ex was given visiting rights to see our son, which he exercises irregularly. Two months ago, I was contacted by HMRC’s Debt Management people, demanding to know his current address as he owed them £8,500. I explained that we’d split up many years earlier and that I had no idea where he lived as he moves regularly; the official then threatened to withdraw my tax credit payments if I didn’t help.

The next time my Ex came round, I asked him where he was living and he became abusive; so I called DMB back and told them he wouldn’t give me any information so they said that as I hadn’t cooperated, they were stopping my tax credit payments. At first I thought it was a bluff, but the payments stopped. I’m at my wits end as I rely on them to just get by, is there anything I can do?

This is an appalling misuse of power and I can assure you that they’re way out of line. Any individual taxpayer cannot be held responsible for another’s debts, except for some very specific circumstances, which don’t apply in your case. I would immediately write to DMB, restate the fact that you’re not married and that he doesn’t live with you and demand to know the exact piece of legislation under which they have stopped your payments, which they won’t be able to supply. Also state that unless you get a satisfactory response within 28 days you will immediately register a complaint with your local MP and, most importantly, send it recorded delivery. That should do the trick.

I have received my 2015/16 tax return and found on page 5, that you can make a claim to transfer part of your spouse’s personal allowance. I’ve read the notes several times, but I can’t find where on the return you make a claim for the allowance as the transferee. Can you tell me how I can to do this please?

Unfortunately, the recipient cannot claim the allowance, so submit the return without it and HMRC will automatically adjust it later. This link will explain the process: https://www.gov.uk/marriage-allowance

I work from home, via a Ltd Co and have bought a 49g/km plug-in hybrid car, through the company, and will pay the car benefit charge at 7% (for 2016/17). My question is about private fuel, and how I can avoid the fuel benefit. I plan to charge the car using my own electricity, but would like the company to pay the petrol (and reclaim the VAT). So what would be the best to prove that the petrol only covered business miles? I am guessing that having a full business mileage log and use some reasonable mpg figure to prove that the litres of petrol purchased by the company are equal to, or less than, the business miles travelled. Can you advise please?

Sorry, that will not work; what you do is pay for the electricity and petrol then get reimbursed a mileage rate, which for a Toyota Prius PHEV wef 1 March 2016 is 12 pence per recorded business mile. For more info, go to: https://www.gov.uk/government/publications/advisory-fuel-rates/advisory-fuel-rates-from-1-march-2016

We are a small scaffolding company that is VAT registered and has a turnover of circa £120k. We own all of the scaffolding and charge a fixed price to erect, hire the scaffolding and take it down. To save on admin, I’ve heard that there is a VAT flat rate scheme and wondered how it works; also, if it could be applicable to us, which rate would apply?

Yes you would be eligible and as your business is essentially hiring out equipment you would come under Sector H, with the flat rate percentage being 9.5%. You keep the difference between what you charge your customers and pay to HMRC. Also, you can’t reclaim the VAT on your purchases, except for certain capital assets over £2,000 such as a commercial vehicle. But remember, if you join your turnover can’t exceed £230,000 (including VAT) or you’ll have to leave. For more detail go to: https://www.gov.uk/vat-flat-rate-scheme

My boomerang won’t come back

I’m a sports events organiser, mainly for business, but also for charitable organisations. Last year I organised a business ‘bonding session’ event and the firm requested all kinds of kit, from bikes to boomerangs and pogo sticks. On the morning after the event I went to collect the kit and whilst the bikes were there, all of the smaller stuff had apparently been taken home by the participants and the employer doesn’t want to know. I can’t claim on my insurance as the Police didn’t consider it a crime but a civil matter. As the missing kit is worth approx. £2k can I at least write it off against tax?

Whilst your boomerangs may never come back, you can at least claim the loss in full against your Trading Profit by way of a Balancing Allowance; but do make sure you keep copies of any correspondence with the firm involved and the Police, just in case it’s queried by HMRC.