Change on the Richter scale is on the way if recommendations from the Office of Tax Simplification (OTS), get the go ahead from George Osborne and the Treasury.

This is the third time the OTS has entered the fray to suggest changes to small company taxation, with this review being the final chapter and the most far-reaching.

The review focuses on the ‘micro’ business. This is the business with fewer than 10 employees, structured as a company. The UK has more than 1.3m of them, by far the largest slice of the incorporated market.

“A company with a few staff should not face the same burdens as a multinational.” This is the starting point from the OTS Chair, Angela Knight. She was preaching to the converted, when I and my colleagues read the review recently. In fact I can’t think that any fair minded individual is likely to quibble with the need to make the system and more user friendly for small companies.

The real bombshell proposal is the ‘look through’ company, something they have already in countries like New Zealand. Instead of paying corporation tax, company shareholders would be charged to income tax on profits. The OTS thinks this modus operandi could make life simpler for some companies. This is one of two key structural changes that the OTS intends to look at in more detail.

The second structural proposal is also revolutionary. This is the SEPA, the sole enterprise with protected assets, in other words, a brand new business entity. From personal knowledge the deciding issue in many sole traders’ decision to switch into a limited company, is to protect their personal assets.

The OTS report states that all micro businesses they’d surveyed, would welcome a package of changes to administration; especially joined up registration and reporting processes, including between HMRC and Companies House. 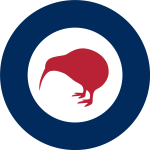 And a really radical idea, an out of hours service from HMRC, providing extra evening and weekend support, when most small company owners deal with their tax.

As yet, these are just proposals aimed for the longer term. The review states that at present, opinion is divided on look through companies. “Many respondents to the OTS consultation were strongly in favour … just as many strongly against,” says the review.

But the OTS is intending to do more work on these areas and they would welcome your input, which you can do by emailing them at: [email protected]

Simplifying the corporation tax calculation, eliminating some tax allowances and for the smallest companies and calculating profits on a cash accounting basis, are other areas suggested for the longer term. The OTS hopes that the government itself will take this forward. 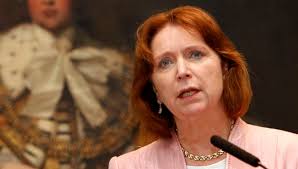 As the Review says, “Helped by new technology and platforms, the trend is for people increasingly choosing to be their own boss … Many are sole traders who have chosen to incorporate to limit their liability, to enhance their credibility and to provide a more formal business structure.”

The Review has taken a bold and imaginative look at possible changes. The challenge is going to be in the implementation: if look through companies and SEPAs are introduced and made mandatory, there is a potential risk of taking many micro businesses out of their comfort zone.

If, on the other hand, they were opt-in structures, we would then face much greater diversity. Whichever of the proposals is taken forward, there is no doubt that change to the micro business population on the scale envisaged by the OTS, is likely to leave a large footprint on the small business sector.