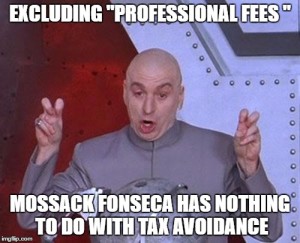 The biggest ever leak of data in history has been battering our shores for the last few days and has lifted the lid on the shady offshore tax dealings by numerous powerful individuals.

Mossack Fonseca of Panama, the fourth largest provider of offshore tax services in the world, had a huge data breach last year when a whistleblower, released 2.6TB [Terabytes] of information. The biggest leak of financial data in history began with an anonymous message to the German paper Süddeutsche Zeitung a year ago, with the source wanting neither financial compensation nor anything else in return, apart from a few security measures, to protect their identity.

Over a period of several months, the newspaper received 11.5 million documents dating back to the 1970s, made up of e-mails, PDF files, photographs and excerpts from an internal Mossack Fonseca database, so they decided to share this treasure trove with journalists worldwide.

Mossack Fonseca: It’s not our fault! 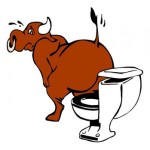 “We are not involved in managing our clients’ companies. Excluding the professional fees we earn, we do not take possession or custody of clients’ money, or have anything to do with any of the direct financial aspects related to operating their businesses.”

The Panamanian firm may have pleaded its innocence, but the people named in the so-called “Panama papers” will have a lot more explaining to do. The data extends into the close orbit of influential politicians including Vladimir Putin, the prime minister of Iceland and David Cameron, whose deceased father Ian Cameron was one of the firm’s clients. All-in-all, 72 heads of state are implicated, with the Prime Minister of Iceland being the first to fall on his sword.

The Süddeutsche Zeitung wrote: “Among others, Mossack Fonseca’s clients include criminals and members of various Mafia groups. The documents also expose bribery scandals and corrupt heads of state and government. The alleged offshore companies of 12 current and former heads of state make up one of the most spectacular parts of the leak, as do the links to other leaders, and to their families, closest advisors, and friends. The Panamanian law firm also counts almost 200 other politicians from around the globe among its clients, including a number of ministers.”

The leaks present a massive headache for HMRC and tax advisers, with more than 1,800 British intermediaries named. From a sheer logistical point of the view, the overworked tax department will have to dig through the millions of pages. HMRC has confirmed that it has “already received a great deal of information on offshore companies, including in Panama, from a wide range of sources, which is currently the subject of intensive investigation”.

“Given the PAC’s and general public’s criticism of HMRC’s handling of the HSBC Swiss client leak, and the creation of the Liechtenstein Disclosure Facility (LDF), HMRC will be keen to be seen to be taking a tougher stance”.

“HMRC would probably like to get some high profile criminal prosecutions. Also George Osborne may try and get some favourable publicity given recent attacks in the press that he favours his wealthy supporters.”

HMRC are introducing a new offshore disclosure facility later this year, which will carry a larger penalty than the LDF and will not include immunity from prosecution. They’re also considering including a statutory requirement for taxpayers to come forward and correct their overseas tax affairs between April 2017 and September 2018, after which they will face very tough action by HMRC.

In my opinion it is highly unlikely that they will set up a Panamanian amnesty given the criticism of the UK/Swiss deal and Liechtenstein Disclosure Facility, although they may consider it as it could helpful in getting a greater level of cooperation from Panama and especially Mossack Fonseca.

Pressure on accountants and off-shore advisers

According to Dawn Register, a partner in tax dispute resolution at BDO, the pressure will intensify on advisers as HMRC is forced to clamp down. “The powers and increase in penalties for offshore evasion are already in the Budget. It will be introduced in the coming years. All the disclosure programmes have ended. There are no more amnesty programmes. We’re entering an era of very tough treatment by the Revenue and the pressure on advisers to dish the dirt on clients will be huge”.

HMRC has been granted new powers to tackle evasion, including rules for accountants and advisers deemed to be “offshore enablers”. Under new powers, advisers who have even known about offshore evasion will have committed an offence.

Any UK taxpayers who are associated with a Panamanian bank account should double check whether they have UK tax liabilities, and if necessary make a disclosure to HMRC. Depending on the size of the potential tax evasion, taxpayers should consider using the Contractual Disclosure Facility to try and get immunity from prosecution.

Why is Panama such a Off shore haven?

The answer is that Panama, alongside Bahrain, Nauru and Vanuatu, has vigorously resisted the OECD’s common reporting standards. As the veil of secrecy around traditional strongholds like Switzerland and Liechtenstein has lifted in recent years, Panama offered a discreet option.

What Panama has offered, its USPs in the competitive world of tax havens, is an especially strict form of secrecy, a type of opacity of ownership, and a class of wealth management professionals with dubious ethics.

It has also become clear that the Panamanian tax authorities have not been interested in delivering transparency to other tax authorities and have allowed this lucrative trade to flourish, with some evidence suggesting that they have actively encouraged it.

The only way you get reluctant governments, such as Panama, to reform is by raising the political cost of inaction. If they feel the public is angry, they’ll react. It would be nice if we lived in a world where governments did things because it’s the right thing to do, but if we can’t have that world, I’ll settle for one where a government acts because it appreciates there is a very serious political cost if it doesn’t.