Seven Unusual Expense Claims My Clients Have Tried to Make 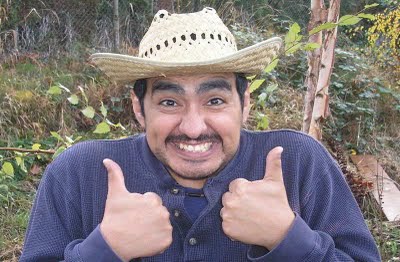 No one will suspect a thing

In May of this year I will have chalked up 30 years of preparing accounts and Tax Returns for clients and I’m still discovering new and often inventive ways that clients come up with to try and justify a personal expense as a claim against their business profits. So here are a few of the more interesting ones that I’ve plucked from the files:

An electrician brought in his records and when checking them, I found Simon had claimed £8,900 for the installation of a new kitchen plus a whopping £3,500 on a variety of the latest all-singing, all-dancing electrical gadgets and gizmos. When I told him that it was not allowable he informed me that he was the agent for a kitchen appliances manufacturer and that they’d insisted, apparently in writing no less that he had to install their latest luxury range in his kitchen for demonstration purposes.

It will surprise no one to learn that Simon could not produce the alleged letter from his supplier, so £12,400 was deducted from his expenses claim against profits.

Sandra is a sales demonstrator, and travels the country demonstrating and selling various products at venues from top hotels to the NEC. This year, included in her expenses claim, were a number of fairly pricey outfits and dresses, which she described in her records as ‘uniforms’.

I had to inform Sandra that under HMRC rules, they were not considered uniforms as she could have worn those outfits on occasions that didn’t relate to her work, and also because they say that clothing, by definition, has a dual purpose that relates not only to making you look right for work, but also to keeping you warmly and decently clad.

After a lengthy discussion it turned out that some of the dresses were only practical as evening dress. On their website, HMRC does give the example of a waiter who has to wear evening dress for work and states that as this isn’t part of an “everyday wardrobe”, it can be claimed. So for Sandra the business suits were disallowed, but her ‘posh frocks’ qualified.

A few years back Rod, a publican by trade, had a routine compliance check of his records by HMRC. Rod had always kept immaculate records, showed a consistent profit margin and I’d never found any claims for expenses that weren’t correct, so I was confident that the routine check would go swimmingly. In preparation for the inspector’s visit it was agreed that I would double check all of his records for the year to be looked at and present them to the inspector.

I duly undertook the task and found absolutely nothing wrong with his trading records, but just in case the inspector wanted to check the payroll records, I quickly checked that all of the appropriate deductions had been made, which they had. It was only at the very end when I looked at the list of staff employed and discovered that he had included his mother at a salary of £5,000, which being under the tax threshold, was not on the annual report to HMRC. No problem you might think and in normal circumstances you’d be correct, however in this case there was most definitely a problem as I’d attended the lady’s funeral 4 years earlier.

Rod was horrified and explained that his mum had been the assistant chef for 20 years until her sudden death and for all those years he’d put a wage allowance down for her and had accidently left her on the list of staff. As it turned out the inspector accepted that it was not deliberate as he had not found anything else wrong, but Rod still had a bill of £7,500 for back tax, NIC and interest.

Eric is a talented jeweller who repairs jewellery and makes to order rings, bracelets and necklaces, but last year he dropped his glasses and accidently stepped on them. So Eric went to his optician, ordered a new pair but was unable to work until the replacement glasses arrived. Because he hadn’t been able to work without his specs, Eric claimed for the new ones as a business expense.

Regrettably for Eric, the HMRC rules are similar to clothing in that the glasses have a dual purpose that relates not only allowing you to see to be able to work, but also to perform all other everyday functions of life. 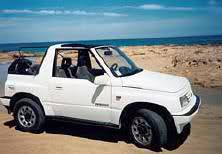 Dave is a taxi-driver and runs 2 to 3 vehicles with the help of subcontract drivers. One year when preparing his accounts, I ‘phoned him to say that his profit had jumped up and that he’d have a much bigger tax bill this year, unless there was anything he hadn’t included in his expenses. Dave had a think and then emailed me to say that he hadn’t included a Suzuki Vitara that had been bought new at a cost of £16,999 and that it hadn’t shown up in his records because his wife had paid for it.

Now I don’t wish to offend any of my male readers who own a Vitara, but they are considered by the motor trade to be a car aimed at the female market, which was confirmed when Dave sent me the purchase invoice which described the car’s colour as ‘Sahara Dawn’ or pink to you and me.

When I asked Dave what his customers thought of his pink taxi, he admitted that it was his wife’s car and had nothing to do with his taxi business.

A hairdresser by trade, Lucy does not work in a salon but instead from the utility room at home. When checking her records one year I noticed a claim for a ‘large storage container’, intrigued I asked Lucy what she was storing. At this point Lucy, with a red face, admitted that it was in fact a playpen for her 18 month old child; but tried to justify the expense by claiming it was necessary for her to be able to work.

I had to tell her whilst I could understand her not wanting her toddler under her feet, the playpen would have to be disallowed.

Becky is a book illustrator; working mainly from home, and last year in her purchase records was a claim for £100 per week for rent. When I asked for evidence she gave me her business bank statements, which showed a weekly transfer of £100 into her personal bank account.

Unfortunately for Becky, her cunning ploy didn’t work as although the rent payment was a legitimate expense against her business profit, the same amount had to be included on her Tax Return as ‘Other Income’, so cancelling out the claim. I did however, put in a ‘use of home as office’ allowance as mitigation.