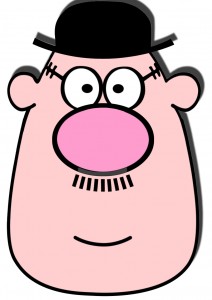 Has Hector got it wrong again?

It seems poetic that the wooden panel bearing the respected Taxpayer’s Charter was mysteriously lost when the newly formed HMRC moved out of Somerset House on The Strand. The charter (whatever it’s called)is important as it governs the relationship between HMRC and taxpayers, and also the separate but important relationship between HMRC and accountants acting as the taxpayer’s representatives.

I am concerned that the relationship between the taxpayer and the tax authority looks very different under the new charter compared with the old; so below, I have set out the old obligations for each party and how they differ in the new version.

HMRC obligations under the previous charter:

The new version has three notable omissions from HMRC’s obligations, numbers 2, 4 and 9.

By dropping number 2: ‘Help and support you to get things right’, are they finally admitting that their recent policy of closing all HMRC offices to the public, making it more difficult to talk to a knowledgeable member of their staff and expecting everybody to be digitally savvy and do it online, is effectively saying that they are abandoning their promise to help taxpayers complete tax returns and other submissions accurately?

Number 9: ‘….keep the costs of dealing with you (the taxpayer) as low as possible’, within the old charter this was explained as HMRC aiming to take up as little of the taxpayer’s time and money as possible. This target must have been difficult to meet with taxpayers and accountants waiting an average of 38 minutes to speak to a human at HMRC (based on the 2015 WHICH survey) and paying for the cost of those wasted minutes.

The new charter takes the emphasis off costs, and instead highlights “efficiency and effectiveness”. This means HMRC will deal with information quickly and efficiently, but doesn’t aim to answer the phone quickly or efficiently, although the detail in the new charter does say “and keep any costs to you at a minimum.”

The final omission that really worries me is number 4: ‘Treat you (the taxpayer) even-handedly’. Under the new charter this obligation appears to be encompassed in: respect you and treat you as honest. However, I feel that a lot has been lost in this new interpretation as in the old charter HMRC promised to:

I really don’t have to further comment on their dropping of number 4, given the number of sweetheart deals they’ve agreed with big corporations in recent years, from Vodafone to the most recent Google deal, the list is endless.

Taxpayer’s obligations under the previous charter: 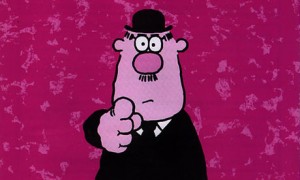 And all you have to do is this

I can’t really argue with numbers 3 and 4 as the tax law requires the taxpayer to keep accurate records, and to understand what their tax payment and filing obligations are.

However, I am not happy about number 2: work with us to get thing right. The detail behind this obligation says the taxpayer should: talk to us if there is anything you’re not sure about. Also under obligation number 3 the taxpayer is urged to: get in touch with us as soon as possible if you need help. Tell us straight away if you’re having trouble meeting your obligations. So the obligation is on the taxpayer to contact HMRC, but how is the taxpayer supposed to do that if HMRC won’t answer their phones or reply to letters?

The obligation that really sticks in my throat is number 6: respond in good time. This means submitting tax returns on time, paying tax by the due date and paying penalties and interest promptly. That is all reasonable for the taxpayer, but why is there no balancing obligation on HMRC to respond to letters in good time, answer the phone within say two minutes and refund tax without delay?

The HMRC goal of dealing with complaints quickly and fairly is not an equivalent to responding in good time, although it has been placed next to that obligation for the taxpayer.

The new version of Your Charter was not consulted on in advance, with either the accountancy bodies or the various organisations representing taxpayers. This is in stark contrast to the previous version which was subject to extensive and detailed consultation. It was also slipped out in the middle of January, when most tax practitioners are working all possible hours to ensure their clients meet the self-assessment filing and payment deadlines.

I am most definitely, not impressed!