BREXIT – Will it happen? 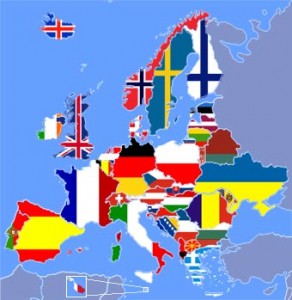 The Prime Minister David Cameron has announced that the referendum on the UK’s membership of the EU will take place on 23rd June this year. This follows protracted negotiations in Brussels which resulted in a draft reform deal being agreed by all parties.

Announcing the referendum outside Downing Street on Saturday, the Prime Minister said he will be campaigning for Britain to stay in, stating that he believes Britain will be “safer, stronger and better off by remaining in a reformed European Union.” He also hailed the UK’s new ‘special status’ within the EU.

The main points of the negotiated reform agreement centre around the UK’s ability to: opt out of further political ties with the EU; reduce red tape; ensure economic competitiveness and a cap on migration and migrant benefits.

However, the deal has been criticised by ‘leave’ campaigners, including six of Cameron’s own Conservative party cabinet ministers, for not going far enough to protect the UK’s interests.

Following the announcement, Commons leader Chris Grayling immediately placed himself in the ‘leave’ camp, declaring that he believes the EU to be holding the UK back: “We cannot control our borders, [or] limit the number of people who come here do trade deals” he told reporters. 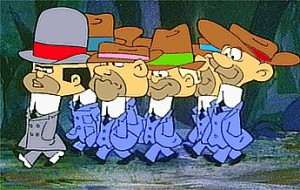 British Business is divided on the issue

While individuals, rather than businesses, will ultimately decide the UK’s fate, the business lobby has had plenty to say on how membership of the EU affects their balance sheets.

Multinationals and large companies have broadly come out in favour of the ‘stay’ campaign, with many of them citing the ability to move money, people and products more freely as a determining factor in the argument.

The CBI announced it will campaign to stay in, with former president and BT chairman Mike Rake commenting that there are “no credible alternatives” to staying in the EU; and although the British Chamber of Commerce has stated that it will remain neutral, a recent survey of members found that 55% support the UK staying in a reformed EU.

One argument consistently used by ‘leave’ campaigners in business is that many small and medium-sized businesses may stand to benefit from the removal of EU red tape.

But with the uncertainty and upheaval that has dominated the UK business landscape over the past 18 months, what may also appeal to SME owners is the chance to take a step back and look at how the raft of new legislative changes the government has announced will affect their businesses and wider industry.

With businesses large and small crying out for stability, the prospect of more upheaval, uncertainty, new regulations and possible introduction to new barriers to trade could influence many UK business owners to vote to stay in.

What remains clear is that whether we like it or not, we are in for four months of intensive EU debate.

What do ordinary taxpayers think?

Whatever politicians say, this is a one person one vote decision, unlike most things which are decided by our elected representatives who supposedly (but rarely) reflect our views.

What business leaders say or want will, in reality, have very little influence over the result. Indeed, in my humble opinion there is only one issue that will decide this referendum, that issue is immigration, a subject that most mainstream politicians and business leaders have studiously avoided. In poll after poll in recent years, ordinary taxpayers placed immigration at the top of their concerns, well ahead of tax, welfare and the NHS.

There will be a lot of talk about sovereignty, benefit caps, and the so called “emergency brake”, but the simple fact remains that a vote to remain in the EU, in the minds of a significant proportion of the electorate, means continued immigration both by asylum seekers and by East Europeans.

Will a UK Exit Mean a a “Scexit” 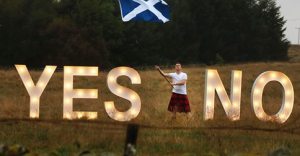 Would Scotland ask for a Scexit from the UK

In Scotland the SNP are hoping and praying that the English vote to leave the EU, but that Scotland votes to stay in, as that will give them an excuse to try to rerun the failed Scottish independence campaign. In other words there are politicians out there who care nothing for what’s best for Britain, and only, what’s best for them. Every senior politician at Westminster has one eye on the Brussels gravy train as a potential “retirement plan”.

We will now see 4 months of “project fear” from both sides of the argument. The “stay” campaign will try to scare people into voting to stay by peddling scare stories about fictitious threats of trade barriers and about Britain being blackmailed into allowing free movement in exchange for being allowed to trade with the EU.

On the other side of the fence, the “out” campaign will try and frighten people with tales of thousands of “gypsies, tramps and thieves”, flooding the country and painting a wholly unrealistic picture of the nirvana that awaits if we leave.

I voted not to join the then EEC in the 1975 referendum, in fact I had a t-shirt printed that read, “Don’t blame me, I voted No”, but right now I am genuinely undecided which way to vote. The only answer is for people to ignore the politicians, ignore fat-cat business leaders and decide on the issue that concern you, and vote accordingly.