HMRC has this week announced that it has set up a new specialised taskforce, to target the sex industry. This is on the back of the success, earlier this year, of a taskforce that looked at Ann Summers parties.

They are concentrating on the income and assets of strippers, escort agencies, specialised ‘massage’ providers and lap dancing clubs, with the creation of a new ‘adult entertainment’ taskforce.

The taskforce will swing into action immediately, with an HMRC spokesperson confirming an initial target of raising £25m in unpaid tax from the adult industry in all of its many guises.

For the first time HMRC will probe the tax affairs of traders and entertainers, some of whom anecdotally it is alleged, earn thousands of pounds a day without registering for VAT, Income Tax and PAYE.

In the statement, the taxman said that their current estimates suggest that the adult entertainment industry is worth well in excess of £5bn in the UK alone, citing the rise of the internet as a major factor behind this.

Commenting on the taskforce announcement Head of HMRC Taskforces Jim Stevenson said: “Large numbers of people working in this industry are paying the tax they owe and don’t have anything to worry about. The people targeted by this taskforce have no intention of playing by the rules, and we won’t tolerate this.”

HMRC’s Richard Las, highlighted the conviction of escort agency boss Janine Adeleke in November, as an example of the issues that have dogged the industry. He said that Adeleke defrauded the Department of Work and Pensions of £118,000 in benefits and £230,772 in Income Tax, National Insurance and Tax Credits, from HMRC. He went on to say that she’d also laundered £157,000 of “illicit cash”.

Adeleke ran her escort agency business from her home in Bexhill-On-Sea, in East Sussex and during her trial at Canterbury Crown Court, the jury heard Adeleke lived in a house with eight bedrooms and sent her five children to private school, whilst fraudulently claiming benefits and tax credits. She has been jailed for three years.

More than 140 HMRC taskforces have been launched since 2011 and the number is accelerating with 27 new taskforces created since April 2015 alone.

These special teams throw significant amounts of staff and resources in intensive bursts of activity, within specific trade sectors and geographical areas and have, since their inception, collected more than £404m, including £109m brought in during the first six months of this financial year.

They’ve also been utilising Google’s ‘Street View’ in combination with Land Registry, to look at rural regions of Scotland, Wales and Northern Ireland, to see who is living in luxury properties, whilst declaring a low income.

Not unsurprisingly, HMRC has refused to say which sectors and parts of the country could be next for fear of jeopardising their investigations, but it’s not that difficult to predict given their track record thusfar.

One of their standard tactics is to offer penalty amnesties to certain groups to encourage them to “fess-up”; once the amnesty period is over, during which offenders pay reduced penalties for non-declaration of tax or taxable activities, the taskforce will step in and the penalties skyrocket. 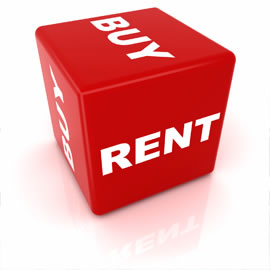 Buy to Let property owners may be next

Coming to an end, is a recent amnesty initiative in the buy-to-let sector. So early in the New Year expect a taskforce to be launched using data from Land Registry, council tax databases, letting agencies and associated websites; to target an estimated 10,000 landlords who fail to declare letting income.

Another campaign which finished a couple of months ago targeted solicitors who were also told to “bring their tax affairs up to date on the best terms possible”. So they’ll almost certainly join landlords in the firing line very soon.

If you’re caught during a taskforce campaign, you can expect penalties of up to 100% of the unpaid tax, i.e. double the sum originally payable. This applies to those who fail to disclose their tax, particularly if a campaign has run its course and this can increase to 200% if you evade income by diverting it offshore.

HMRC is increasingly unwilling to tolerate people who fail to declare their correct tax liability, or fail to come forward if they realise they’ve make a mistake and underpaid their tax. Their spokesperson Liz Granger, recently said: “The message is clear: if you try to cheat, we are going to catch you. Some people still think they can cheat the tax system; these figures prove we can track them down and take back what they owe.”