HMRC set off a flurry of news headlines recently by unveiling its plans to close 137 local offices over the next 10 years and to reorganise its teams into 13 regional so called ‘mega’ centres; which is on top of the closure of 281 walk-in enquiry centres over the past 18 months. 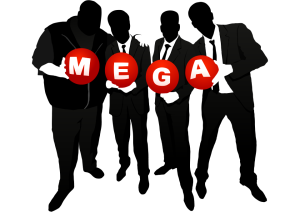 The unveiling of the plans may have been a shock to the general public, but accountants and HMRC staff have known for some time: that to meet ambitious cost and performance targets, HMRC is cutting back on its frontline staff and giving their digital systems priority for both taxpayers and their accountants. Now at its halfway point, the modernisation programme has been backed with investment in online services, data analytics, new compliance techniques and new ways of working, according to HMRC.

HMRC chief executive Lin Homer explained that the changes will enable HMRC to “do more with less” – including the impact of £100m in savings on property costs by 2025.

“HMRC has too many expensive, isolated and outdated offices. This makes it difficult for us to collaborate, modernise our ways of working, and make the changes we need to transform our service to customers and clamp down further on the minority who try to cheat the system.”

“The new regional centres will bring our staff together in more modern and cost-effective buildings in areas with lower rents. They will also make a big contribution to the cities where they are based, providing high quality, skilled jobs and supporting the government’s commitment for a national recovery that benefits all parts of the UK.”

HMRC is still on the lookout for specific properties that will meet its criteria for “large, modern regional centres” that have the digital infrastructure and training facilities to support the new organisational alignment, but indicated that they will be located in the following cities:

The regional mega-centres will be supported by four specialist sites concentrating on IT work and liaising with other government agencies and departments. These include existing facilities in Telford, Worthing, Dover and in Gartcosh near Glasgow.

The main HMRC trade union, the PCS, noted that the latest closures and consequent job losses are the latest episode in a programme that has seen 11,000 full-time equivalent staff posts cut since 2010 that have crippled the department’s ability to cope, as evidenced in the latest report on this subject from the Public Accounts Committee last week.

“It has been abundantly clear for years that the department has cut too many staff and that services are suffering. The department needs major investment backed by a real political commitment to tackle tax evasion and avoidance as an alternative to more damaging spending cuts.”

Regular readers of my Blog will be well aware that I and most other accountants, have regularly criticised HMRC’s piecemeal and often, irrational cost-cutting and rationalisation.

The feedback I’ve noted on accountants forums is that whilst this may make some sense when the Revenue are dealing with large corporations and their equally large accountancy firms, HMRC appear to be completely disregarding their public service requirements.

Part of HMRC’s charter requires them to provide a service that can be easily accessed by all and this change would appear to signal the last nail in the coffin of this. 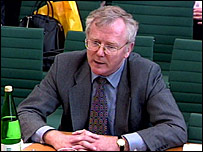 So God help any taxpayer that hasn’t got a computer and is digitally savvy; which reminds me of a famous quote from Sir Richard Mottram, a recently retired senior Civil Servant at the Treasury, who said on his last day: “We’re all fu**ed. I’m fu**ed. You’re fu**ed. The whole department’s fu**ed. It’s been the biggest cock-up ever and we’re all completely fu**ed”.

I really don’t feel that it’s necessary for me to add anything to Sir Richard’s perfect summing up of the current state of Her Majesty’s Revenue & Customs!

IS HMRC EXTRACTING THE URINE?
Is a dog your best friend or a tax-deductible expense?
Artificial VAT Assessments