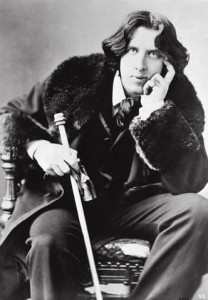 “Always forgive your enemies; nothing annoys them so much.”

To misquote Oscar Wilde, to lose one case in the first tier tribunal about penalties issued against claimants seeking a VAT refund under the DIY Housebuilders Scheme could be considered ‘unfortunate’. To lose three cases, as HMRC has done in the last couple of months, could be seen as ‘careless’. In fact, ‘carelessness’ was the key word because the courts dismissed HMRC’s view that the taxpayers had made careless errors in completing their DIY paperwork and decided that they did not deserve a penalty. All three appeals were allowed.

The irony in the case of HMRC v RC Laughlan was that the taxpayers had underclaimed VAT by £1,500 by using the scheme rather than registering for VAT as they should have done. This was because their intention was to sell the new dwellings they had constructed (zero-rated sales) so they would have been able to claim input tax on professional fees (e.g. surveyors and architects) if they had registered.

The DIY scheme only allows a claim on materials and builder services and is only relevant when a self-build person intends to live in the dwelling when it has been completed (i.e. non-business intentions). The taxpayers ticked the box on the DIY form to confirm their intention to sell – so were not hiding anything. As the court commented, this produced “the logical absurdity that the appellants accuracy in the completion of a form designed to check eligibility under the scheme gives rise to a penalty for inaccuracy.”

The case of HMRC v MM and DA Howells was described by the court as “a case which should never have got to the tribunal”. There was no evidence that the Howells had submitted an incorrect DIY claim.

The issue was that they were unable to prove absolutely that the barn they had converted into a house had not been lived in for the last 10 years. The 10-year rule is a condition of the scheme for residential conversions. HMRC had arbitrarily rejected a claim for £25,403 without asking the claimants for evidence and then rubbed salt into the wound by issuing a 15% careless behaviour penalty.

The third case of HMRC v Simon Coates also had a twist to the tale. The taxpayer used the services of an accountant to ensure the claim had the benefit of professional expertise; but HMRC still penalised Coates for what the court described as an “administrative errors” in relation to over-claims on eight invoices, which HMRC considered should only have been claimed in part.

Tribunal Chairman Stephen Taylor said: “Most DIY claimants are dealing with VAT for the first time in their lives and cannot be expected to get things absolutely right. The rules and procedures for the scheme are not easy and in this case the portion of the eight invoices incorrectly claimed for was minor. We therefore feel it is wrong for HMRC to apply unnecessary penalties in such cases.” A change in HMRC policy will hopefully now take place.

A Liverpudlian accountant, who was found guilty of tax fraud totalling over £64,000, has been sentenced after he was investigated by HMRC (not me I hasten to add!).

Alan Goddard, the director of Alan Goddard Accountants, had pocketed the VAT he had charged his clients for over five years. The evasion was discovered as part of the HMRC VAT Outstanding Returns (VATOR) campaign, which targeted businesses that failed to submit VAT returns in 2013.

On Friday 2 October 2015, Goddard was jailed for two years suspended for two years, given a 300-hour unpaid community work order and issued with £1,500 court costs after being found guilty at a previous court hearing. He now faces legal action to recover the stolen tax and has already agreed to repay over £64,000 pending further penalty assessments by HMRC.

Tax credit cuts will go ahead 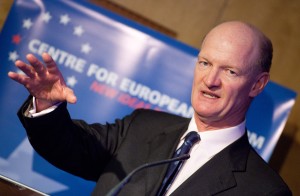 David Cameron has firmly rejected calls to rethink cuts to tax credits, at the Conservatives Party conference in Manchester. The PM said that the cuts were part of a “bigger picture” of increased wages and lower income tax.

But a think tank headed by former Tory minister David Willetts warned low paid families will be out of pocket until the other changes kick in and suggested a more coordinated approach to the tax credit cuts.

The government is set to sell £2bn Lloyds share to Private retail investors in spring 2016 to return the bank to full private ownership.

The sale will attempt to recoup money to pay Britain’s debt, and is aimed at encouraging ‘ordinary Britons’ to invest in the stock market. The shares are expected to be attractive to retail investors because of the high dividend yield they are expected to offer in the coming years.

“This final sale will be the biggest privatisation in over 20 years and I don’t want all those shares to go to City institutions. I want them to go to members of the public.”

In another notable tax fraud case, an award-winning NHS heart specialist, who lied about his income to avoid paying Income Tax and National Insurance, has been ordered to pay a fine of £200,000 within 28 days or face two and a half years in prison.

Professor Raad Mohiaddin, a consultant radiologist at the Royal Brompton Hospital and a professor of cardiovascular imaging at the National Heart and Lung Institute Imperial College London, lied for eight years about his earnings from private practice to avoid paying almost £410,000 to HMRC, which he has since paid.

Anthony Swarbrick, Assistant Director, Fraud Investigation Service, HMRC, said: “Until our investigators caught up with him, Mohiaddin had made no effort to pay his fair share of tax; even ignoring the opportunity to put his tax affairs in order through a campaign we ran for medical professionals.”

Jimmy Carr’s £500,000 Tax Bill
The Latest Tax Tips
Is the Taxman Getting Desperate?