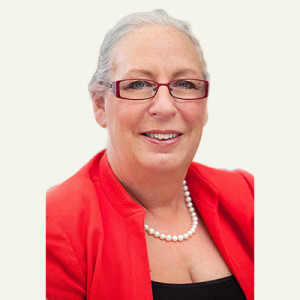 It’s as predictable as the average Brit complaining about the weather; ask anyone who has tried to get through on the telephone to the right person at HMRC recently and the moaning begins.

In December 2014, an investigation By Which magazine, found that around a third of calls to HMRC’s helplines were cut off because the system was too busy and for those lucky enough to actually get through, the wait was as long as three quarters of an hour, with an average wait time of over 10 minutes.

What the Which report didn’t check on, was the number of cut offs that happen after you’ve got through. In my experience the first person you speak to is very rarely able to help, so you’re put on hold pending a transfer to the ‘right person’. If I had a fiver for every time I was then cut off or the call timing-out, I’d be a rich man.

And it isn’t just ordinary taxpayers who are frustrated and angry about their experience with HMRC; accountants who have a dedicated helpline which is supposedly better manned and with tax officials who actually know a little of what they’re talking about, all complain at the extremely poor level of service.

HMRC have admitted that, and I quote, “we accept that not everyone has had a fully satisfactory experience when contacting our helplines”. A candidate for understatement of the year, ME THINKS!

HMRC have now announced a new digital service for accountants and the public in general, which is a tacit admission that their telephone helplines don’t actually help most people and they hope that by moving help and advice online it will help it deal with questions more effectively.

PAYE for employees: A new mechanism allowing employees to check their tax codes. Currently it appears to set up to only accept data about company car use.

Benneyworth says that giving accountants and the public access to more online PAYE information could sort out customer queries much quicker (For Example, if a business gets letters from HMRC saying it owes NIC contributions even though the firm’s accounting records show that it’s paid the right amount).

She also thinks that some of the digital access they’re offering will really help, but comments, “not all queries can be solved by a drop-down menu of FAQ’s, there is still a need for taxpayers and accountants alike, to be able to speak with a competent HMRC official”.

HMRC also claim that it’s not just about ‘self-service’; with HMRC encouraging taxpayers and their accountants to answer their own questions.

Apparently they appear to also want accountants and tax advisers to focus on helping clients sort the more complex tax problems. Not just helping them file tax returns on time each year.

Jim Harra, HMRC’s director general for business tax, recently told the respected business magazine Tax Journal, that: “Taxpayers won’t need to rely so much on agents just to manage the basic administration, but will instead look to agents to help them to deal with the more complex issues and actively help them to stay on the right side of compliance,” he said.

“We want to be able to differentiate between the agents that do offer value-added services and those that don’t, and to incentivise all agents to provide these services – and adhere to high standards. Part of this incentive would be making sure that those agents that provide more get the credit for doing so – whether that involves being able to take on a wider range of functions for their clients via our online services, or by receiving fewer low value interventions from HMRC.”

That a statement strikes me as a load of cojones, what does he really mean I wonder? It strikes me that the underlying message is that HMRC would prefer that individuals and small businesses stop using accountants and instead rely on HMRC to determine the correct amount of tax they should be paying.

This is truly a scary development and one that should be fought against. I’m not just saying this because I have a lot of clients in this category, but because accountants are the only bulwark against the Big Brother that is HMRC and without us, many hundreds of thousands of taxpayers will be left defenceless and in most cases, paying a damned sight more in tax!