Have you checked your National Insurance Record lately? 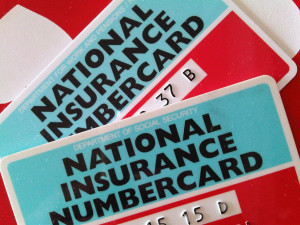 Do you know where your cards is?

With all the political and technical changes swirling around, I am a tad concerned about National Insurance. I’m worried about National Insurance, though probably not as much as the Chancellor, who is having to top up the NI fund to pay out all those state pensions (£8bn for 2013/14 based on the last published statistics), but I’m worried about my family and clients’ national insurance records.

Given how many taxpayer records are duplicated each month by HMRC, I’m concerned that when corrections are made that there is equal focus on correcting the NI data as well as the tax position.

P800s are only a reflection of end of year tax reconciliations, but if nearly 6 million of them were wrong last year have those taxpayers’ NI records been corrected? Or will that only emerge in 30 or 40 years’ time when the individual wants to rely on their NI record for a single tier pension entitlement?

I’ll certainly be advising everyone to request a state pension forecast www.gov.uk/state-pension-statement and to do so annually in future, to make sure that the necessary 35 years of contributions remain in place even if by the time you reach 67 there is no money to pay you what you’re eligible for.

Single tier is of course less than a year away now and employers with defined benefit schemes need to be planning how to fund the end of contracted out rebates and the 3.4% hike in employers’ NICs. They will also need to tell employees they too will see 1.4% more deducted via NICs, despite the politicians telling us they won’t put up the rates.

If they aren’t going to do that how will they square the circle of too few employees paying into the government coffers and too many pensioners being paid out?

The end of contracting out means that there is no longer a need to maintain either the upper earnings limit (UEL) or upper accrual point so 12% on all earnings could be a solution or an increase in the post UEL rate (currently 2% and paid on all earnings over £815 per week). The 2% rate for 40% taxpayers was initially introduced you’ll recall to be ring-fenced for the NHS. An increase in this rate would at least see only high earners bearing the pain and for a politically palatable reason of funding all those extra nurses, teachers, policemen etcetera.

Moving table letters, which will be a feature of next year end as contracting-out disappears, has also been necessary this year with the introduction of no employer NICs for employees aged under 21 up to the UEL (the Chancellor wouldn’t want to lose the employer NICs on all those young footballers’ salaries would he which are a tad over the UEL I’d suggest).

Moving to M or I

Most affected employees will be moving to M (not-contracted out standard) or I (contracted-out standard) but watch out that you can still set up X for nil liability cases as I know of one major payroll software house that seems to have forgotten that possibility.

As well as less NICs for the young members of the workforce don’t forget it’s year two of the employment allowance. If you or your employer claimed last year and are still eligible for that PAYE scheme there’s nothing to do as the EPS marker just carries forward from last year.

The employment allowance guidance at www.gov.uk/claim-employment-allowance is a bit woolly but it is possible to make a claim up to four years after year end if you as an employer have either not made a claim at all or has been unable to claim the full £2,000 but does have a Class 1 employer liability of at least £2,000 in one or more PAYE schemes.

The position of the self-employed is still shrouded in mist, as George Osborne announced the phasing out of Class II NI contributions in his recent budget. You pay Class II NI (currently £2.80 per week) if you’re self-employed to qualify for benefits, in particular the State Pension; but no mention was made on what will replace them so watch this space!

Employed or Self-employed?
What are HMRC doing about Vulnerable taxpayers?
The Budget 2015