What are HMRC doing about Vulnerable taxpayers? 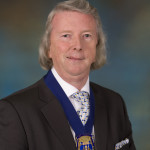 You need particular skills to be a practicing accountant, such as the ability to explain a complicated tax system to a client in a clear and concise manner, when all they want to know is why they have to pay so much tax and how long they can delay paying it. Or the ability to be pleasant to an HMRC employee who has limited English and even more limited knowledge of the tax system, when they finally answer your call, after you’ve waited at least an hour listening to the same music being played over and over again.

Of course HMRC are not always as bad as we like to make out, but why oh why, do they call taxpayers customers, and why do they treat their vulnerable ‘customers’ with so little sympathy and consideration.

In commenting on George Osborne’s budget announcement about digital tax accounts, Low Income Tax Reform Group (LITRG) Chairman Anthony Thomas could not have put it better when he said:

“for the substantial minority who have never accessed the internet, paper must remain a valid option and not an afterthought. No-one should be forced to file online to comply with their tax obligations.”

A difficult and far reaching job

LITRG are doing a difficult and far reaching job as well as they can with the limited resources they have. It is obvious they can only be of use to those who know they are there and the fact that they don’t have the funds to promote themselves and be accessible to everyone is regrettable; but that is minor to the main fact that they are there and can assist when asked.

The reason I am looking into this subject is because of two recent cases I’ve dealt with. Two weeks ago I was approached by an 88 year old pensioner who had a Tax Return to complete and didn’t know what to do (her recently deceased husband had completed past returns for her). She told me that she’d phoned HMRC for help and all they did was to tell her she had to do it online and there was a help menu available. The lady was quite distressed as she didn’t have a computer, nor did she know how to use one.

The second case concerns a client who asked if I would take on a friend of his who is chronically dyslexic. The friend is a subcontractor and used to go down to the HMRC office every second week of April when some HMRC assistant would complete and submit the return and the refund would be made.

This year he was not aware that all enquiry offices had closed and turned up at HMRC’s office to find that it was now closed to the public. He did not appreciate that you now have to do everything online and became very upset not knowing what to do to get his refund. As it happens he’s become my client but that is not the point. He is a typical vulnerable taxpayer – who didn’t know who to turn to for help and can’t use a computer.

So these tales got me looking further to find out what is being done for people such as these, if anything.

One of the most important recent consultation papers is the one on the Direct Recovery of Debts (DRD). In that paper HMRC made no mention of vulnerable taxpayers but in their response to the consultation The Chartered Institute of Taxation (CIOT) pointed out that:

“There are obvious concerns about how these proposals might adversely and disproportionately affect vulnerable and elderly taxpayers and it is important that such people are identified early in the process. We ask that HMRC consider excluding these taxpayers from DRD or, alternatively that HMRC commits to taking a common sense approach when dealing with such taxpayers, using DRD as a last resort only.”

So it is very pleasing to read in the Summary of Responses that HMRC have been persuaded to establish a “new vulnerable customers unit which will work closely with the voluntary sector and whose prime focus will be dealing with DRD cases and it’s in the early stages of being set up.” But note the words ‘in the early stages’ – this has the ‘we’ll set one up, poorly resource it and then you are on your own’ feeling about it.

Other organisations may well have included a comment about vulnerable taxpayers in their submissions, but from looking at the list of ‘Stakeholders Consulted’ it was interesting to see that a number of those who did respond were from organisations with an interest in vulnerable persons i.e. Association of Credit Unions, Consumer Council, LITRG, Money Advice Trust, StepChange Debt Charity, Tax Help for Older People, TaxAid, TaxPayers’ Alliance and the Westminster Advice Forum.